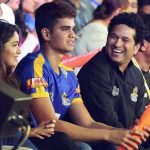 The Mumbai Indians team-management has defended its decision to sign Arjun Tendulkar, son of legendary Sachin Tendulkar, in the recently concluded IPL 2021 auction. Ever since he registered himself for the auction, Arjun was the biggest talk in the cricket circles. Coincidentally, he was the last player selected in the auction on Thursday, and on
Read More 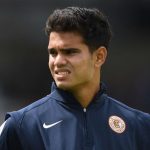 Arjun Tendulkar, son of the great Sachin Tendulkar, was bought by Mumbai Indians for his base price of Rs 20 lakhs. Tendulkar was expected to represent his father from 2008 to 2013. Arjun is a left-handed batsman and left-arm medium pacer, who played two matches for Mumbai in the recently concluded 2021 Syed Mushtaq Ali
Read More 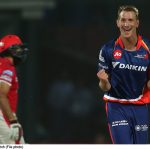 New Delhi: The auction of players for the 14th season of the Indian Premier League 2021 is going on in Chennai. In this auction, South African all-rounder Chris Morris was bought as the most expensive in the history of IPL. He was bought by Rajasthan Royals for Rs 16.25 crore. Prior to Morris, Yuvraj Singh
Read More 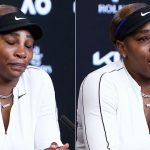 Tennis fans have been left heartbroken after Serena Williams broke down in tears before leaving her Australian Open press conference on Thursday. The 23-time grand slam champion’s bid to equal Margaret Court’s record was crushed after a ruthless display from Naomi Osaka in their semi-final clash at Melbourne Park. Turning 40 in September, Williams’s latest
Read More 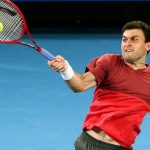 Russian qualifier Aslan Karatsev became the first man in the Open era to beat an injured Grigor Dimitrov in four sets of the Australian Open to reach the Grand Slam semi-finals on Tuesday. 27-year-old Sapna’s dream continued 2–6, 6–4, 6–1, 6–2 and a final-four clash with top-seeded Novak Djokovic or the sixth seed Alexander with
Read More 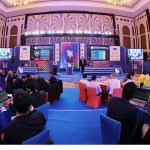 New Delhi: The player will be auctioned for the 14th season of the Indian Premier League (IPL) 2021 on 18 February and eight teams would like to strengthen their squad at the auction hall. The teams have also revealed who will be in the team and who is not before the IPL 2021 auction. The
Read More 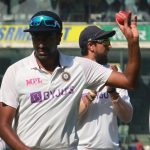 In his own backyard, R Ashwin changed style and played brilliantly against Chennai in the second Test, as India faced home with a 317-run win, topping the local boy with the Player of the Match award Stayed. Ashwin could not be happier that he scored a Test century in Chennai and won the match by
Read More 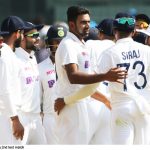 New Delhi: The second match of the four-match Test series between India (India) and England (England) is being played at the MA Chidambaram Stadium in Chennai. Today is the fourth day of the match. Team India had set a mammoth target of 482 runs to win in front of England. England’s second innings was reduced
Read More 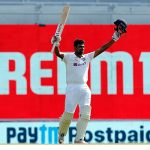 New Delhi: The second match of the four-match Test series between India (India) and England (England) is being played at the MA Chidambaram Stadium in Chennai. Today was the third day of the match. Team India were all out after scoring 286 runs in the second innings and set a mammoth target of 482 runs
Read More 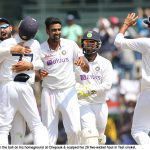 New Delhi: India have come into a strong position on the second day of the second Test match between India and England at the M. Chidambaram Stadium in Chennai. India today scored 329 runs in their first innings. Today was not a good day for England. After the early dismissals of the openers, no batsman
Read More 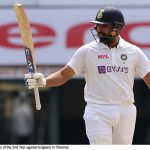 New Delhi: In the second Test match between India and England at the M Chidambaram Stadium in Chennai, India have come into a strong position by scoring 300 runs for 6 wickets on the first day. Kohli decided to bat first after winning the toss. Rohit Sharma returned from this match with a century and
Read More 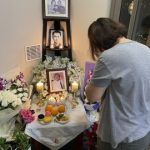 ‘Where are we’: Jwala Gutta posted about grandmother’s death, she received racist reply Ammaama passed away in China on d eve of CNY!My mom use 2 visit her every month but for past year she couldn’t because of https://t.co/pvd6Pcfvsj dis covid has made us realise how important it is 2 be in present do whatever
Read More