2 big banks in India also responsible for damage to biodiversity 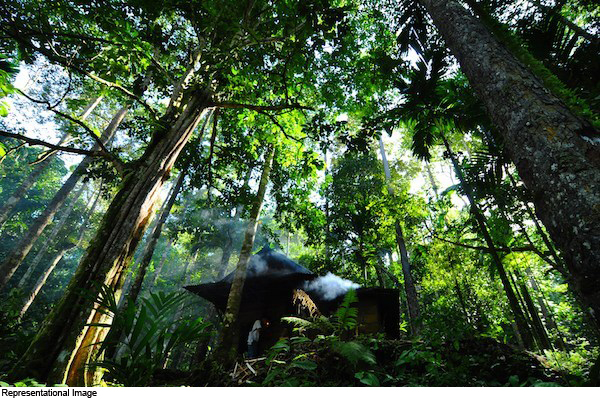 According to a recent report titled ‘Bankrolling Extension’, the two largest banks in India, State Bank of India and HDFC Bank, have invested around $ 6984 million in an area that is harming biodiversity.

In fact, this first report of its kind by an institution called Portfolio Earth, has looked at the 50 largest banks in the world and the investments by them which governments and scientists hold responsible for the loss of biodiversity. The areas where these banks have funded biodiversity loss include mainly mining, coal production and construction of infrastructure that causes loss of biodiversity.

It is necessary to clarify here that both banks of India are responsible for a very small portion of the total investment and are not in the list of top ten financing banks, but it is a concern for a country with economy and biodiversity like India. thing is.

The investments of Indian banks included in the list do not appear to be directly harmful to the environment like American and Chinese banks, but both these banks have also been put in the dock with 48 other banks for their investments.

In 2019, all these banks have invested a total of US $ 2.6 trillion in such areas which are causing huge loss to the biodiversity of the Earth. The ten banks responsible for causing the most damage to biodiversity at all of these banks are Bank of America, Citigroup, JP Morgan Chase, Mizuo Financial, Wells Fargo, BNP Paribas, Mitsubishi UFJ Financial, HSBC, SMBC Group, and Barclays.

Before funding the biodiversity loss areas, neither of these banks created any monitoring mechanism that monitors how much these investments are causing biodiversity loss, nor does this damage Made a stop arrangement.

Liz Galaher of Portfolio Earth stated her point of view, “Half the world’s GDP is indebted to the nature and the services it provides. It is time for us to reset the financial system so that it can be held fully accountable for its effects. ”

Liz’s institution has also noted for the process of ranking preparation that banks have preferred their accountability to nature in their policies. What makes this report special is that it gives us a chance to see how the financial sector is playing a role in accelerating the loss of biodiversity.

The three main demands put forward through this report are that:

• Banks should not only disclose their investments but also reduce the impact of those investments on nature. At the same time banks should prevent new fossil fuels, deforestation, overflowing and destruction of ecosystems at their level.

• Governments should stop protecting banks’ role in biodiversity destruction and rewrite rules to hold banks accountable for losses from their loans.

• Account holders should have control over how their money is invested. They should also have the right to prevent banks from causing serious damage to the earth.