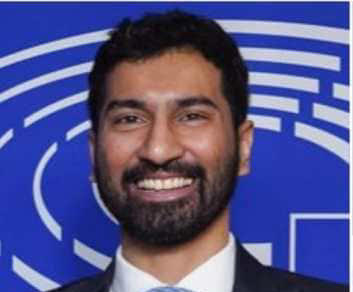 “Despite major differences with the BJP, I think those in India hold the view of the BBC, a British state-sponsored channel with a long history of prejudice against India, and Jack Straw, the brains behind the Iraq War, of Indian institutions But setting a dangerous precedence, will undermine our sovereignty,” Anil K Antony, Digital Communications, Kerala Congress said in a tweet on Monday.

I have resigned from my roles in @incindia @INCKerala.Intolerant calls to retract a tweet,by those fighting for free speech.I refused. @facebook wall of hate/abuses by ones supporting a trek to promote love! Hypocrisy thy name is! Life goes on. Redacted resignation letter below. pic.twitter.com/0i8QpNIoXW

Antony said that Gujarat riots are one of the darkest chapters in the history of this country. “Whatever I said, as far as the big picture is concerned, is nothing different from what the Congress party is saying.

I am a Congressman, my father has been in the party for the last 6 decades and no one There is no difference.” whatever congress party has said gujarat riots happened almost 20 years ago and it happened when i was child so don’t know what happened but i can confidentially say this is one of the darkest chapters of gujarat history of this country,” he said.

The Congress leader further said, “Though, we have the Supreme Court, we have our institutions and finally, I was speaking from my conscience, I saw a certain story in the last three-four days and I feel that no matter our internal differences At any rate we should not allow them to be exploited by foreign entities.

We (political parties) should not be allowed to be exploited by outside agencies to create division in this country and I felt that we are going towards that path and so I did that tweet. As I said the bigger picture is that there is nothing different from what the Congress is saying. However, we feel that we should not allow our internal differences to be taken advantage of by outsiders.’