Home
Nation
Amit Shah firm on violence in the valley, send experts to kill the terrorists

Amit Shah firm on violence in the valley, send experts to kill the terrorists 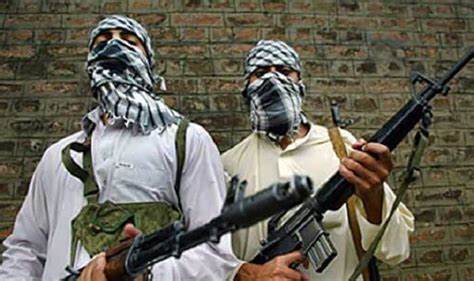 With Union Home Minister Amit Shah giving firm and clear instructions to counter the killings of innocents and minorities in Kashmir, the Center has asked its top counter-terrorism experts to direct the local police in the Valley to neutralize the Pakistan-backed local module involved in terror attacks. sent to help. Srinagar.

Intelligence Bureau’s CT Operations Chief Tapan Deka is going to personally supervise the fight against terrorists in the Valley today, while CT teams of other national security agencies are the first to act as force multiplier for Jammu and Kashmir Police. Has reached Kashmir.

The attacks come at a time when tourists from Indian hinterland are flocking to the Valley and all hotels are crowded with 100 per cent people and Srinagar is buzzing with economic activity.

According to security agencies, the recent violence is an expression of the confidence of Pakistan-based groups following the capture of Kabul by the ultra-conservative Taliban and the appointment of the new ISI chief in Lt Gen Nadeem Anjum. With Afghanistan under Rawalpindi’s thumb, the new focus is Kashmir, with missions not allowing minorities to return to the Valley targeting those who dare to return to Kashmir.

Top security officials say the weapons used in the recent killings are pistols, which may have been dropped by drones from across the border in the upper reaches of the Valley. “The major concern is that in the coming days, Pakistani jihadis will bring American sniper rifles and weapons from the region into the Valley from Afghanistan,” a senior police officer said.

While the present terror module may be neutralized in the coming days, it is quite clear that Pakistan will exert pressure on Kashmir with the intention of pushing the Modi government towards the restoration of Article 370 and 35A and withdraw it on August 5, 2019. Creation of the Union Territory of Jammu and Kashmir. The latter is also a demand of Valley-based political parties, who are also advocating for India to talk to Pakistan for peace in Kashmir.

While the Modi government is in no mood to bow down to Pakistan-based terror groups, Home Minister Shah has asked security agencies and para-military forces to deal with the attackers without delay and bring normalcy in the Valley.