Assam: Maulvi of madrasa turns out to be suspected terrorist of Al Qaeda, police arrested 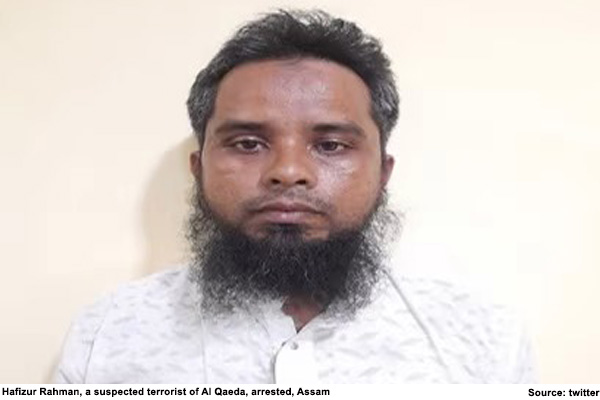 Al-Qaeda suspect arrested from Assam Hafizur Rahman is the name of the suspected accused with links to terrorist organizations AQIS and ABT! Assam Fourth arrest in last one week.

New Delhi: The Assam Police has arrested an Al Qaeda suspect from Jogighopa area of ​​Goalpara. According to the police, the name of the arrested person is Hafeezur Rehman Mufti, who has been revealed to be associated with the Indian Subcontinent Inca and Ansarullah Bangla Team of Al Qaeda. The accused Hafizur Rahman is a madrasa cleric. This is the fourth arrest in a week of suspects linked to the Indian Subcontinent (AQIS) unit of Al Qaeda.

Goalpara SP V Rakesh Reddy said that the accused is related to the three people who were arrested by the Assam Police this week on charges of having links with the terrorist formation (AQIS/ABT). The accused has been sent to police custody for five days.

Their links have been actively found with the Barpeta and Morigaon modules of AQIS/ABT. He is accused of allegedly radicalizing Muslim youth and indulging in jihadi activities in the last three-four years.

Over 20 people have been arrested in Assam in the last four months for their alleged links to AQIS and ABT and setting up ‘jihadi’ sleeper cells.