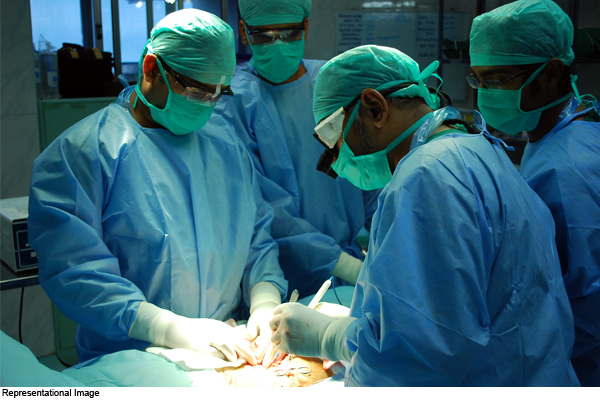 New Delhi: The Central Council of Indian Medicine (Postgraduate Ayurveda Education), a statutory body regulating the Ayurveda, Siddha Sowa-Rigpa and Unani systems of medicine in India, to streamline certain provisions of the rules and to add clarity and definition to it Issued a notification on 20 November 2020.

It has come to the notice of the Ministry of AYUSH that some misreporting reports have been received on some media platforms regarding this notification, which has led to dissemination of misinformation about its nature and purpose. The Ministry is now issuing the following clarification to allay apprehensions arising out of these erroneous reports. In which the questions raised on this have been answered.

Does the above notification indicate a policy change in the practice of surgical procedures by the practitioners of Ayurveda?

No, this notification is an explanation of the relevant provisions in the existing rules before 2016. From the very beginning, Ayurveda colleges have independent departments for surgical and post-surgical procedures. However in the 2016 notification it was determined that under the respective syllabus issued for postgraduate courses issued by CCIM, the student would be given training in management related examination procedures, techniques and surgical performance in the concerned process. These techniques, procedures and surgical performance have been described by CCIM not under regulation. The CCIM has issued this clarification in the public interest by issuing this statement in the context of regulation, it is not a sign of any policy change.

However, it is clear that all scientific advances, including standardized terminology, are a legacy of the entire human race. No person or group has a monopoly on these terms. Modern terminologies in medicine are not modern from a temporal point of view, but are largely derived from languages ​​such as Greek, Latin and even ancient Sanskrit and later Arabic. The development of terminology is a dynamic and inclusive process. Modern medical terms and terminology facilitate effective communication and correspondence not only between physicians, but also to other stakeholders, including the public. The modern terminology has been used in this notification to ensure that the medical profession as a whole, besides Medico Legal and Health IT, etc. for its stakeholder members.

Has the use of modern terminology in the said notification blend Ayurveda with traditional medicine?

Of course, not all modern scientific terminology aims to facilitate effective communication and correspondence between different stakeholders. The stakeholders of the said notification include not only Ayurveda practitioners, but also professionals from other stakeholder disciplines such as Medico-Legal, Health IT, Insurance etc. as well as members of the public. Hence the use of modern terminology was required. The question of the blending of Ayurveda with traditional (modern) medicine does not arise here because CCIM is deeply committed to maintaining the authenticity of the Indian system of medicine, and is against any such doctrine.