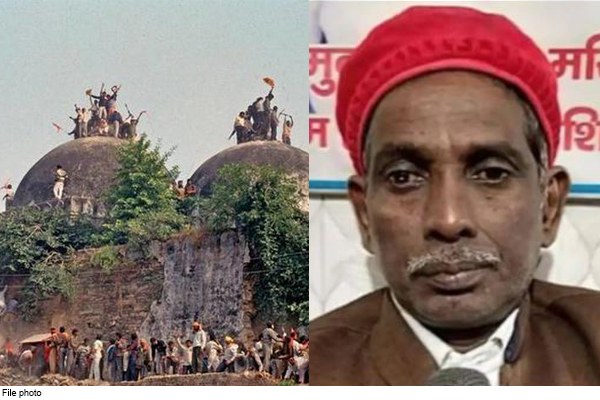 Lucknow: Iqbal Ansari, the leading petitioner of Muslim parties in the Ram Janmabhoomi case, has appealed to the CBI court to exonerate all the accused. Ansari has pleaded for the acquittal of all the 48 accused, including LK Advani, Murali Manohar Joshi, Kalyan Singh, and requested to end the whole case soon.

Babri Masjid petitioner Ansari said in a conversation with a channel, “Many of the accused have died in the Babri Masjid demolition case.” Even those who are alive are now old. I want all the cases to be dropped and this whole issue should be resolved. There is no dispute left after the Supreme Court verdict. “

At the same time, his son Iqbal Ansari also appealed to Hindus and Muslims to live with mutual harmony to strengthen the social fabric of the country. He said that after the Supreme Court’s decision, the dispute that had been going on for many years came to an end and now the construction of Ram temple has also started. Let us know that the special CBI court in Ayodhya has heard the case on September 1 after hearing the arguments of all the parties in the disputed structure demolition case.

The special CBI court will give its verdict on September 30 on the Babri demolition case in Ayodhya. The CBI court has issued an order asking all the accused to be present in the court on the day of judgment. On behalf of the court, notice has been sent to other accused including senior BJP leader LK Advani.