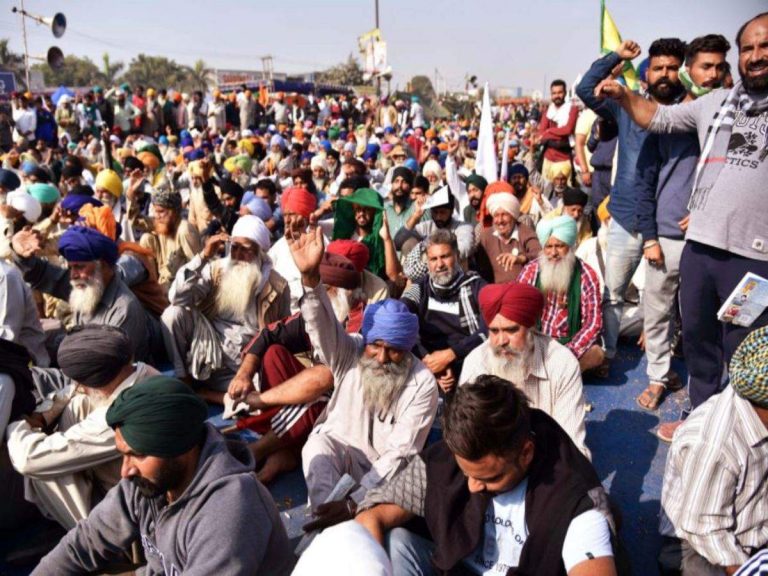 The Bharat bandh called by farmers today demand revocation of three laws has had a mixed impact across the country. Numerous opposition parties including the Congress, CPI(M), AAP and Samajwadi Party are supporting the bandh.

Delhi
National Highway-24, which connects Delhi with Meerut, has been blocked on account of the Bharat bandh. Farmers had claimed traffic on other National Highways would also be disrupted.

Hindustan Times reported, “Apart from the Delhi-Meerut expressway, seven other borders that have remained completely closed due to the farmers’ protest are Singhu, Tikri, Auchandi, Jharoda, Piao Maniyari, and Mangesh in outer and south-western parts of the city and Chilla border, connecting Delhi and Noida, in East Delhi.”

Maharashtra
The impact of the Bharat bandh on public transport in Maharashtra was very limited. Officials said local train services and operations of taxis and autorickshaws remained normal in Mumbai.

A spokesperson of the Brihanmumbai Electric Supply and Transport (BEST), which operates a fleet of buses in Mumbai and metropolitan region, said almost 85 per cent of the scheduled buses plied on roads.

Wholesale markets in major cities like Pune, Nashik, Nagpur and Aurangabad remained shut. Retail shops also downed shutters in many cities. APMCs at Kalyan and Vashi in Navi Mumbai, which supplies bulk of vegetables and fruits to Mumbai, remained closed, with wholesalers and traders supporting the bandh.

Bihar
RJD supporters and workers of Pappu Yadav’s Jan Adhikar Party fanned out to various parts of Patna, forcing shopkeepers to down their shutters and deflating tyres of vehicles plying on the roads.

Many bandh supporters were seen carrying party flags, much to the embarrassment of their leaders who said that instructions were in place “not to give a political colour” to the support extended to the bandh.

In Jehanabad, the movement of Patna-Palamu Express was obstructed for a few minutes until the bandh supporters, squatting on the tracks, were chased away by the police.

Burning tyres were placed on National Highway 110 and 83, resulting in the disruption of traffic, leading to long queues of vehicles.

West Bengal
Supporters of the Congress and Left parties on Tuesday blocked railway tracks at several places, and held sit-ins on roads to enforce the nationwide shutdown in West Bengal. In Kolkata, CPI(M) activists along with SFI and DYFI members blocked roads in Lake Town, College Street, Jadavpur and Shyambazar Five-Point Crossing.

Roads were also blocked by Left and Congress supporters at Madhyamgram Chowmatha in North 24 Parganas district, Panskura in Paschim Medinipur, Bali in Howrah district, Baharampur in Murshidabad and Kharagpur as police tried to persuade them to allow vehicular movement. They blocked railway tracks at Jadavpur and Madhyamgram in Eastern Railway’s Sealdah section and Rishra and Bardhaman in the Howrah section.

Punjab and Haryana
Shops and commercial establishments remained shut at many places in Punjab on Tuesday morning in view of the Bharat bandh. Petroleum dealers in the state closed filling stations to back the call for the nationwide strike. There are over 3,400 fuel pumps in Punjab. In neighbouring BJP-JJP-ruled Haryana, opposition parties Congress and Indian National Lok Dal have extended their support to the Bharat bandh.

Farmers started assembling on highways and other key roads in both states from the morning. Over 50,000 government employees in Punjab have taken mass casual leave in support of farmers, said Punjab Civil Secretariat Staff Association president Sukhchain Khaira.

Rajasthan
The Bharat bandh led to closure of agricultural markets in Rajasthan though shops in the capital Jaipur remained open.

Transport Minister Pratap Singh Khachariyawas along with his supporters visited Civil Lines, Sodala, MI Road and other areas on a tractor and other vehicles in support of the bandh.

“The impact is clearly visible in towns and villages. All the mandis in the state are closed and the bandh is going on peacefully,” Kisan Mahapanchayat president Rampal Jat said.

Uttar Pradesh
Western Uttar Pradesh saw a mixed response to the call of ‘Bharat bandh’ given by farmer groups and political parties on Tuesday. While most markets in urban areas functioned as usual, mandis in rural areas remained shut. Members of different factions of the Bharatiya Kisan Union (BKU) protested on the National and State Highways. The police put many local political leaders under house arrest and did not allow them to join the protests, citing Section 144 and the Epidemic Act.

Rajendra Yadav, president, Bhartiya Kisan Sangathan, was detained along with farmers at the Sector 122 crossing of Noida. “We are being held for violating the Epidemic Act but the government could not wait for the pandemic to be over before bringing in just laws for farmers,” he said.

Despite heavy security presence, with most districts in the region divided into sectors, and zonal magistrates and zonal police officers appointed, the impact of the Bharat bandh was also seen in Agra, Aligarh, Muzaffarnagar, Bulandshahr, Meerut, Hapur, and Gautam Buddh Nagar, where farmers blocked State and National Highways.

In Aligarh, hundreds of farmers blocked the road leading to the Yamuna Expressway with tractors and trolleys. In Meerut, members of BKU blocked the Meerut- Paudi highway. Farmer groups assembled at nine different points in Muzaffarnagar, demanding that the farm laws be repealed. In Greater Noida, farmers jammed the Eastern Peripheral Highway. Hundreds of farmers also blocked the NH9 in Ghaziabad at the Ghazipur border.

Apprehending the protests, people refrained from travelling as most toll plazas in the region wore a deserted look. The fact that in many cities of western U.P., Tuesday is the weekly off day for markets meant that the true impact of the bandh could not be gauged.