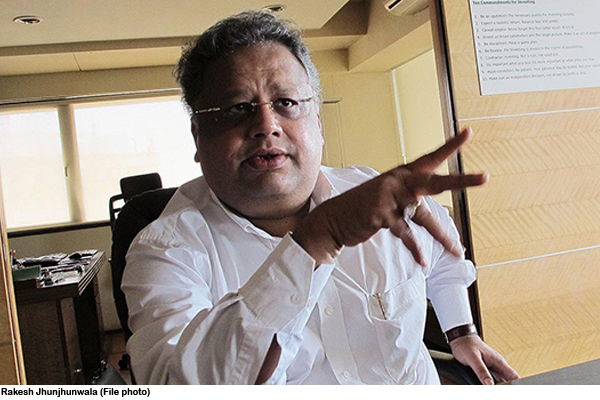 Veteran investor Rakesh Jhunjhunwala passed away on Sunday morning. The investor with a Midas touch was dubbed “India’s Warren Buffet”.

According to sources, the investor was brought to Kandy Breach Hospital at 6:45 am and was declared brought dead. He said that he was suffering from several health problems including kidney ailments and was discharged from the hospital a few weeks back.

Billionaire investor Rakesh Jhunjhunwala passes away at the age of 62. Jhunjhunwala was born on 5 July, 1960. He grew up in Mumbai

PM Modi Condolences to his family

Rakesh Jhunjhunwala was indomitable. Full of life, witty and insightful, he leaves behind an indelible contribution to the financial world. He was also very passionate about India’s progress. His passing away is saddening. My condolences to his family and admirers. Om Shanti. pic.twitter.com/DR2uIiiUb7

A businessman and a chartered accountant, and one of the richest men in the country, he was last seen in public at the launch of Akasa Air.

Jhunjhunwala was the chairman of Hungama Media and Aptech, as well as director of Viceroy Hotels, Concorde Biotech, Provogue India and Geojit Financial Services.

When Jhunjhunwala was in college, he started trying his hand in the stock market. He enrolled at the Institute of Chartered Accountants of India, but after graduation, he decided to dive into Dalal Street for the first time. Jhunjhunwala invested Rs 5,000 in the capital in 1985. That capital had risen to Rs 11,000 crore by September 2018.

But Jhunjhunwala was a risk taker from the beginning. He borrowed money from his brother’s customers with a promise to return it with higher returns than bank fixed deposits.

In 1986, he made his first significant profit when he bought 5,000 shares of Tata Tea for Rs 43 and within three months the stock rose to Rs 143. He earned more than three times his money. He earned 20-25 lakhs in three years.