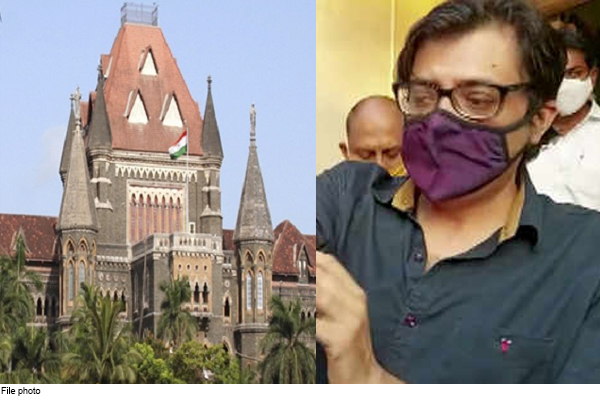 New Delhi: Television anchor Arnab Goswami suffered a shock when the Bombay High Court on Monday dismissed his interim bail relief plea. Goswami had termed his arrest as illegal and challenged the Mumbai Police’s action and demanded the cancellation of the suicide case filed against him. The court reserved its order after the marathon hearing on Saturday.

The Mumbai High Court dismissed Goswami’s plea, asking the lower court to file a bail petition. Please tell that Arnab Goswami was arrested for abetment to suicide. Earlier, Arnab was arrested by Raigad police from his residence in Mumbai. He was given 14 days judicial custody from the court.

Apart from Arnab, two other accused, Feroz Sheikh and Nitesh Sarada, were arrested in the case. Arnab had sought interim bail and challenged the arrest, terming it illegal. The High Court bench held that no case for release of the petitioner under exceptional jurisdiction was made.

Also, the court said that Arnab can apply regular bell. Earlier, Arnab had applied for bail in Alibaug session court. Arnab was shifted from Alibaug to Taloja Jail last Sunday. Arnab had alleged that the jail staff beat him and he was not allowed to talk to his lawyer.

What is the whole matter?
Arnab was arrested in the morning from his Lower Parel residence last week for 53-year-old interior designer Anvay Naik and his mother for allegedly abetting suicide in 2018. He was taken to the Alibag police station and later produced before Chief Judicial Magistrate Sunaina Pingale. Anvay alleged that he was forced to commit suicide due to non-receipt of dues from Arnab and other accused companies.