Home
My Voice
By 2030, Britain will make fossil fuels worthless! 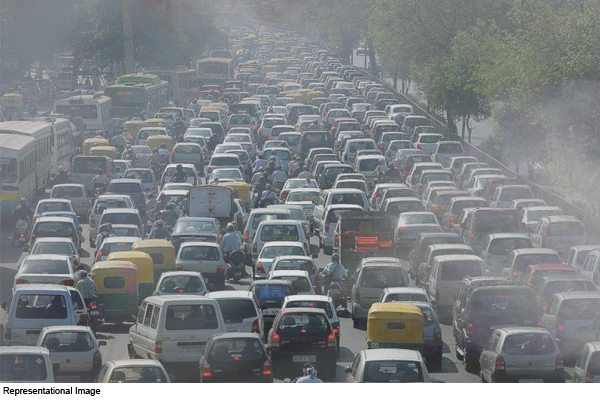 New petrol / diesel cars to be sold within next ten years, all investment and business to be done by 2035 with zero carbon emissions

In a recent global development, United Kingdom Prime Minister Boris Johnson has pledged for a green industrial revolution. The pledge under his leadership claims that not only will the UK create 250,000 jobs in energy, transport and technology, but by 2030 there will be a complete ban on the sale of new diesel and petrol taxes.

Also, all new investments, businesses, heating systems, and cars will have to conform to zero carbon emissions over the next five years thereafter. Not only this, by 2021 the Treasury will have to review all investment decisions and ensure that all investments are net zero carbon. And all the plans of the Government’s Climate Adaptation Teams should start making, keeping in mind the world temperature 4C by 2100. In this sequence it was also decided that all types of businesses should be obliged to ‘monitor and verify according to net zero carbon’. It is also expected that the UK will introduce the new NDC contribution by December 2020 / January 2021.

An investigation report by the UK Climate Assembly, which formed the basis of this whole development, states that the government should work with all partners (including China, the US) after Kovid, to also ensure that the economic stimulus packages are climate-friendly.

This investigation report found that:

In response to this development, Dr. Kamila Toulmin, Senior Fellow of the International Institute for Environment and Development (IIED) says, “Climate negotiations have gone back almost a year due to the pandemic, as COP26 President we will be in the year 2020. Cannot ignore slowdown or delay in climate action. The impact of climate in the UK and around the world is being felt repeatedly and continuously. Many African countries are facing a severe debt crisis due to a double whammy of climate effects and epidemics. The climate crisis is not ending. “

This report and Prime Minister Johnson’s decisions indicate that the UK can play an international leadership role by introducing a recovery package that will lead to lower carbon emissions in line with the economy, jobs and climate in the future.

Further, Adire Turner, Senior Fellow of the Institute for New Economic Thinking (INET) said, “The committee emphasizes on providing more opportunities for policies that will progress in both directions on the one hand, economic reforms and zero carbon emissions on the other, Which is also absolutely correct.

He adds, “Given the falling rates of interest, now is the time to invest in renewable energy and other forms of green infrastructure; Employment is facing enormous challenges, so government policies should be focused on creating green jobs and government support should be given to firms that are more and more committed to emission reductions, dependent on old technology and potentially stuck. It should be avoided to support the assets that have happened. “

Energy and Climate Intelligence Unit (ECIU) analyst Jess Ralston says, “For some time it has been clear that the UK’s building stock is not in accordance with net zero carbon emissions and during the epidemic it was discovered that our homes were bigger than ever More important. Yet today, the CCC report really highlights that we need to take more steps to achieve this objective – as more than one house per minute to meet UK climate targets by 2050 Will need to be retrofitted. “

In an important point, he went on to say, “To decarbonise a tricky sector along with all this, by making homes energy efficient and at the same time reducing energy bills, good salary and skilled jobs across the country. Can be unlocked, in areas where households do not have a good energy efficiency, especially in the North and Midlands, retrofitting stock should create more job opportunities, enabling the government to meet legally required targets To create a real opportunity. “