Car pollution responsible for every fifth death in the world: Harvard University 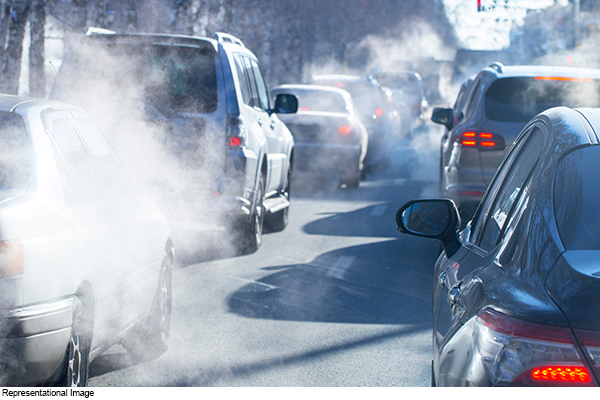 The smoke emanating from our car becomes responsible for every fifth death in the world when you and we sit here in our Petrol and Diesel. Talking about India, 2.5 million people over the age of 14 die every year as a result of PM2.5 air pollution caused by the use of fossil fuel.

This figure is about 30 percent of the 8 million deaths annually in India over 14 years of age. Bangladesh, India (India), and South Korea are the worst examples in the world in this context.

The data obtained from this research is much higher than the estimated number of previous research. This means that air pollution caused by burning fossil fuels such as coal and diesel is responsible for one in every five deaths in the world.

According to the study, published in the journal Environmental Research, North America, Europe and South East Asia also have the highest death rates in areas with the highest levels of fossil fuel-fueled air pollution.

In this study, the estimated number of deaths due to air pollution has been increased substantially. According to a new report by the Global Burden of Disease Study, the largest and most comprehensive study on the causes of mortality on the global scale, particulate matter dissolved in the outer air, resulting from the smoke generated by dust, forest fires and burning agricultural residues. Particulate matter is also included, it has been said that 42 lakh people died all over the world.

In the year 2018, 87 lakh people were said to have died due to fossil fuels alone, how did the researchers reach such a large figure of deaths?

Earlier research was based on satellite and ground level monitoring to estimate average global annual condensation of dissolved particulate matter in PM2.5. The problem is that satellite and ground observation do not detect the difference between pollution caused by burning fossil fuels and the dust generated from dust and forest fires and pollution from other sources.

Loretta J. Mickley, Senior Research Fellow of Chemistry Climate Interaction at Harvard John A. Paulson School of Engineering and Applied Sciences (SEAS) and author of the study, said, “With satellite data, you only see a piece of data. Finding the difference between particles is a challenge for the satellite. This is the reason why the types of data may vary. “

Researchers at Harvard turned to GEOS-Chem to tackle this challenge. It is a global 3D model of atmospheric chemistry prepared by SPAS led by Daniel Jacob, a Wesco Macoy Family Professor in Atmospheric Chemistry and Environmental Engineering. In earlier studies GEOS-CHEM was used in the formulation of the effects on the health of particulate matter and its results are recognized worldwide for surface, aircraft and space-based projections.

GEOS-Chem has a high spatial resolution in terms of creating a global model. Through this, researchers can divide the whole world into a grid of boxes as small as 50X60 kilometers and see the level of pollution in each box.

Further, according to Karan Vohra, a graduate student at Birmingham University and the first author of this study, “Instead of relying on different averages of the air pollution layer over large areas, we want to do metering that shows that pollution Where are people and where are people living, so that we can get a better idea of ​​what kind of air people are breathing. ”

Vohra has also received the advice of Eloise Marre, a former postdoctoral fellow at Harvard and co-author of the study, currently serving as an associate professor at UCL’s Department of Geography.

Researchers used estimates related to the polluting elements generated by various sectors, including electricity, industry, shipping, aviation and surface transport, by GEOS-Chem for the formulation of PM 2.5 generated due to the burning of fossil fuels and NASA Global Modeling & Worked in line with detailed oxidant aerosol chemistry operated by the Meteorology Office of Assimilation.

After finding out the amount of external condensation of fossil fuel-borne PM 2.5 in every grid box, researchers needed to know what effect these levels of pollution have on human health. For the past several decades, it is well known that atmospheric pollutants are hazardous to public health, but there have been few epidemiological studies to quantify these effects in countries with high pollution exposure such as China and India. Previous research used to estimate the effects of external secondary smoke on health on these high levels to estimate the risks of external PM2.5. However, recent studies in Asia suggest that the risk of high concentrations of outdoor air pollution could be underestimated to a large extent.

Elina Vodonos and Jol Schwarts, a professor at Harvard TH Chen School of Public Health Environmental Epidemiology and co-authors of this study, have designed a new model to estimate the risk of condensation of particulate matter generated from fossil fuel-borne polluting elements. Levels relate to the effects they have on health.

This new model found that long-term exposure to fossil fuel-borne pollution led to an increase in mortality. Even at low condensation levels of PM, mortality is high. Researchers have found that globally the total deaths in 2012 were 21.5 percent of deaths due to exposure to particulate matter caused by fossil fuel-borne pollution. But due to the stringent steps taken to improve air quality in China, this percentage has fallen to 18 in the year 2018.

Schwarts said “We often discuss the dangers posed by burning fossil fuels. Especially in the context of carbon dioxide outbreaks and climate change, but the health of pollutants released with greenhouse gases has a bearing on the health The effects are ignored. We hope that by quantifying the damage to health caused by burning fossil fuels, direct messages can be sent to policymakers and stakeholders that other sources of energy What are the benefits of taking a stance.

Eloise Marre said, “Our study adds another proof to the established fact that air pollution caused by the current dependence on fossil fuels is harmful to health all over the world.” We cannot continue our dependence on fossil fuels. Especially when we know that it has serious effects on health and there are pollution free and easily available options to avoid this situation.