Home
My Voice
Center responds to Supreme Court on demonetisation 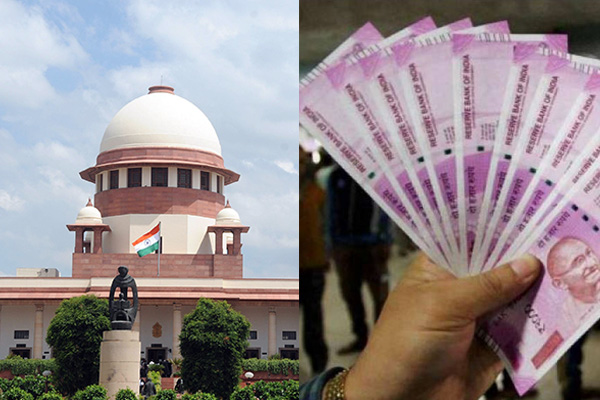 The Center told the Supreme Court that the decision to demonetise Rs 500 and Rs 1,000 notes in November 2016 was ‘a series of important steps taken under a transformative economic policy’ and that the decision was taken after extensive consultations with the RBI.

This was part of a larger strategy to deal with problems such as counterfeit notes, terror financing, black money and tax evasion. The Center defended its decision in the Supreme Court, saying that the decision to demonetise and demonetise Rs 500 and Rs 1000 notes was taken after careful consultation with the Reserve Bank of India. Along with this, all the preparations were done before demonetisation.

Actually, the Central Government has said this in the affidavit filed in response to the petitions challenging the decision of demonetisation.

In response to the petition, the central government said that demonetisation was part of a larger strategy and an effective measure to deal with the problems of counterfeit currency, terror funding, black money and tax evasion. However, it was not limited to only this. Demonetisation was one of the important steps in the series of transformative economic policy steps.

Let us tell you that the hearing on this matter is being done by a constitution bench of five judges. The next hearing of the case will be on November 24. In the affidavit, the central government said that the decision of demonetisation was taken on the special recommendation of the Central Board of Directors of the Reserve Bank.

RBI had also proposed a draft scheme for its implementation. It may be noted that the bench is hearing 58 such petitions, in which the Centre’s decision of demonetisation taken on November 8, 2016 has been challenged.