Home
My Voice
China Covid scare: Public transport closed in Wuhan due to a new outbreak of Covid virus

China Covid scare: Public transport closed in Wuhan due to a new outbreak of Covid virus 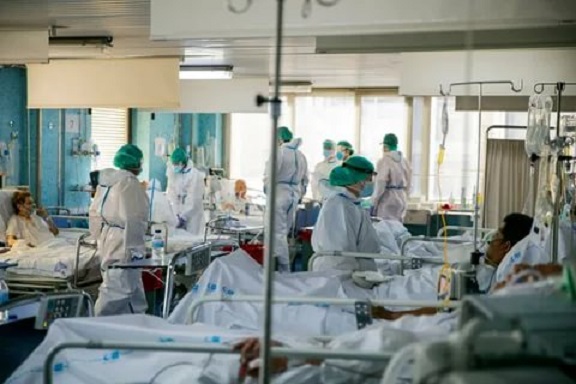 Wuhan: The Chinese city of Wuhan has temporarily shut down its public transport in an effort to contain the outbreak of a new strain of the COVID virus. People living in the city have been advised not to go out. Significantly, the population of Wuhan is 11 million.

Branded as 2019-nCoV for now, the virus is said to be a new strain of coronavirus that was not previously identified in humans, according to the BBC. The emergency committee of the World Health Organization (WHO), however, announced that it would not yet declare a ‘global emergency’ over the new virus.

All flights and passenger train services from Wuhan have been suspended since Thursday. The BBC reported that bus, subway and ferry services were suspended from 10:00 local time (02:00 GMT).

Also, a special command center has been set up in Wuhan to ‘completely stop the pace of the epidemic’.

“Basically, don’t go to Wuhan. And those living in Wuhan, please don’t leave the city,” Li Bin, vice minister of the National Health Commission, said at a public briefing.

Notably, China is battling an alarming Covid surge that has raised global concerns.

According to a recent study published in the journal Nature Medicine, ‘about 92% of the 22 million people in Beijing will be infected by the end of January, while about 76% have already been infected by December 22.’

As of January 6, 2023, the province’s COVID infection rate is 89.0 percent, Kan Quancheng, director of the health commission of central Henan province, said during a press briefing.