Congress wrote on Chandrashekhar’s Pfizer ‘lie’, demanded an apology from the minister 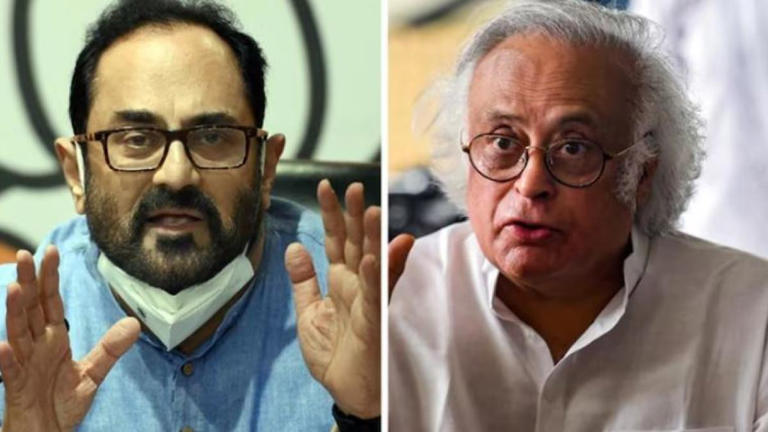 The Congress has written a letter to social media giant Twitter against Union Minister Rajiv Chandrasekhar’s tweet, in which Congress leaders were accused of lobbying for the Pfizer vaccine. The party accused Chandrashekhar of distorting facts and indulging in ‘false propaganda’ and demanded an apology from him.

Just to remind all Indians, that Pfizer tried to bully Govt of India into accepting conditions of indemity

The Congress wrote on Twitter against Chandrasekhar’s “false propaganda” and sought action against the minister to remove his tweets blaming party leaders.

All India Congress Committee (AICC) general secretary, communications, Jairam Ramesh wrote to Chandrasekhar, calling his suggestion that opposition party leaders tried to “intimidate” the government into giving its approval to some foreign vaccines, “absolutely untrue”. Was.

“We can understand why, for a regime built and maintained through propaganda, you would feel compelled to make such a distorted and malicious statement. Thus, on the merits of your claim, something other than Not even to say, this is a complete lie. But none of the senior leaders you named made any comments or comments on the compensation clause,” the Congress leader wrote to the minister.

“We call upon you to apologise, clarify and remove the tweet immediately, failing which we will be forced to take legal action. Your actions are unacceptable and you must be held accountable for spreading false and misleading information,” he added.

Tagging a video of Pfizer CEO Albert Bourla’s encounter with a journalist in Davos a few days ago, Chandrasekhar said on Twitter that the pharmaceutical company tried to bully the Indian government into accepting indemnity terms.