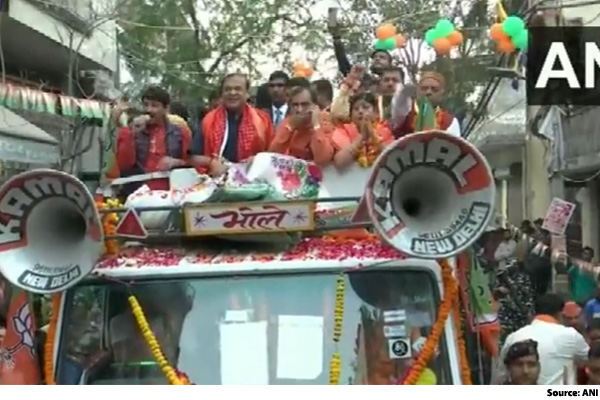 The date of MCD elections in Delhi has been announced and all political parties are making their preparations on a war footing. In view of the election, under the leadership of Bharatiya Janata Party’s National President JP Nadda, the Chief Ministers of many states and many Union Ministers did a road show on Sunday.

Defense Minister Rajnath Singh did a roadshow in Uttam Nagar. While Nadda did a road show from Sangam Vihar. He said that the people of Delhi are feeling cheated by Kejriwal. They have been cheated. Along with this, he said that the Kejriwal government is a statue of misrule and a government steeped in corruption.

Assam Chief Minister Himanta Biswa Sarma did a road show from Ghonda in North East Delhi. It is being known from the enthusiasm of the people that what will be the result of the election. They think Hindus are the enemy but can there be India without Hindus?