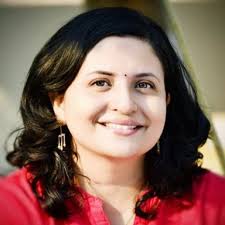 She was the daughter of caseworker Dr Vikas Amte and grand-daughter of renowned social activist, late Baba Amte. consistent with a Lokmat report, Sheetal reportedly committed suicide in Anandwan at her residence in Chandrapur district.

According to several reports, Dr Sheetal had issued a video message on social media platforms through her official accounts during which she had levelled some serious allegations on the trust management and Amte family.

The video was, however, deleted within two hours.