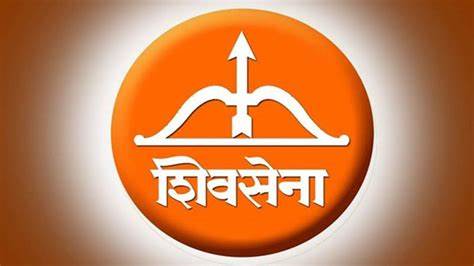 Taking an immediate decision on the ongoing dispute between the two Shiv Sena camps in view of the upcoming assembly bypolls in Andheri East, the Election Commission on Saturday sealed the Shiv Sena’s reserved election symbol ‘bow and arrow’. At such times it determines which of the two factions – led by Uddhav Thackeray or led by Maharashtra Chief Minister Eknath Shinde – should be recognized as the ‘real’ Shiv Sena.

In an interim order, the poll panel directed that neither Thackeray nor the Shinde camp be allowed to use the party’s name ‘Shiv Sena’ or its ‘bow and arrow’, for the purpose of the by-election and till the final determination of the dispute. Will go ‘ sign, symbol. It said that both the groups can choose a name belonging to the parent party (Shiv Sena) and ordered that both will be allotted different symbols which they can choose from the list of free symbols notified for the current bypolls.

The Election Commission’s interim order comes after the Thackeray faction, in its reply sent to the commission on Saturday, which had sought its views on the Shinde faction’s request for allotment of Shiv Sena election symbol, had sought ‘status quo’, saying that Shinde The faction did not intend to field candidates for the by-elections. A candidate of the ally BJP is likely to contest from Andheri East.

Both the Thackeray and Shinde factions have claimed exclusive use of Shiv Sena’s name and symbol for the by-polls, besides filing documents to prove their support in the party’s legislative and organizational wing respectively over the past few months.

The Election Commission on Saturday justified its interim order banning the name and symbol of the Shiv Sena party, saying it is duty-bound to ensure that all electoral moves for the upcoming bypolls are free from any confusion and contradiction.

Recalling that the factions had highlighted that the nomination process for the by-elections would end on October 14, the Election Commission said it was clear that the time available was not sufficient to ensure a proper process – which included a Quasi-judicial hearing consisting of several sittings – required under para 15 of the Symbols Order. Accordingly, the Election Commission said that it is issuing an interim order banning the name and symbol of Shiv Sena to keep both the rival groups at par.

Earlier, a similar interim arrangement was ordered in the case of factionalism within the AIADMK and the Lok Janshakti Party (LJP).

The Shinde faction approached the Election Commission on 19 July, claiming the name and emblem of the Shiv Sena, saying that the removal of Shinde as Shiv Sena chief by the Thackeray faction was done by minority votes (24 out of 55 votes of SSLP members). went. Shinde was appointed as Shiv Sena chief by 34 MLAs on the same day. A meeting later held at Thackeray’s house was attended by just 14 of the 55 MLAs who “illegally resolved that members who did not attend the meeting should be disqualified”, the Shinde faction said. The Shinde group claimed the support of 12 out of 18 MPs, 40 out of 55 MLAs and various MLCs.

On 22 July, the Election Commission wrote to both the Shinde and Thackeray factions, seeking documents to prove their support in the legislative and organizational wing of the Shiv Sena.

On August 8, the Shinde faction submitted affidavits of 12 out of 19 Shiv Sena MPs and 40 out of 55 MLAs supporting Shinde’s leadership, charts showing the number of office-bearers and affidavits filed by Shiv Sena members. On the same day, Vivek Singh requested the Election Commission to adjourn the proceedings and sought more time for submission of documents on behalf of the Thackeray group. The Election Commission has given several extensions since then, the last one expired on 7 October.

On 7 October, the counsel for the Thackeray faction sought more time to submit the documents and an oral hearing to demonstrate the frivolity of the claim made by the Shinde group.

Here’s why Bageshwar Dham Sarkar aka Dhirendra Krishna Shastri is he in the news?