Home
My Voice
Experts push for boost to domestic tourism 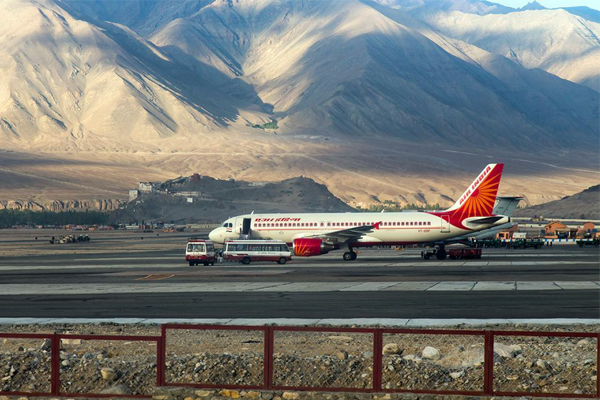 New Delhi: Integrating and developing tourism within the nation is the need of the hour to counter the crisis created by the ongoing pandemic, experts say.

To this end, several experts got together and discussed the opportunity regarding connectivity and sustainable development of tourism and civil aviation.

The high-profile meeting reminisced as to how air travel used to be an elitist affair when only rich and mighty could deem to travel by air. But the situation has since dramatically changed. Thanks to the privatisation and expansion of civil aviation in the country, today the middle and even lower income groups can go for air travel as a time-saving option. Introduction of economy class by airline operators also gave a boost to budget travel.

However, much is left to be done in so far as catering to the travel needs of the budget travellers. To tap the potential of the budget travel market to the optimum, there is the need to focus on connectivity for sustainable development of tourism and civil aviation, speakers at the ‘Incredible India Connectivity – Driving Tourism for Inclusive Growth’ said.

The twin objectives were top on the agenda of a seminar, organised by FAST (Foundation for Aviation & Sustainable Tourism), in New Delhi. It was attended by about 150 delegates from across the civil aviation, tourism, transport and other infrastructure industries.

All the speakers dwelt at length on the need for expanding the scope of operations involving more hub-feeder-routes and connectivity by road, rail, waterways and airways to harness the full potential of regional connectivity, incredible India and other schemes of the government for the benefit of the common man.

The seminar was attended by the Secretary, Tourism, Government of India, Rashmi Verma, CMD, Air India Pradeep Singh Kharola, CMD Pawan Hans Dr BP Sharma and the who’s who of the industry.

Minister for Civil Aviation and Commerce and Industry Suresh Prabhu, who could not attend the seminar, sent a video message reflecting his commitment to the event. In his speech, the minister said that places with tourism potential could see significant growth if connected by air, rail, road and waterways.

“As we see today, some of the existing tourist or pilgrimage destinations are not easily accessible through traditional modes of travel due to their location/terrain of surrounding areas. Providing air connectivity to such regions would make travel more convenient and time effective, in turn, increasing demand,” Prabhu said.

He stressed the need for convergence of efforts by the Central and state governments, rail and road transport authorities, service providers, regulators and other stake holders, including financial institutions, to synchronise the developmental efforts so as to provide an efficient tourism infrastructure which will meet the aspirations of the domestic as well as international tourists.

The secretary (Tourism) emphasised that aviation acted as a propellant for the tourism industry. Similarly, growth in tourism acts is a pull factor to enhance growth in civil aviation. It is, therefore, necessary that this relation of push and pull between tourism and civil aviation is converged properly to drive overall economic growth
Welcoming the delegates,president of FAST, Gen KM Seth, former Governor of Tripura and Chhattisgarh, stated that tourism and aviation, apart from being natural allies, were intertwined and mutually supported each other.

While India is emerging world’s fastest growing aviation economy with immense opportunity of growth by connecting, he said our small, medium town and remote areas are yet to be fully exploited by air.

The seminar concluded with a resolve to conduct such seminars at the regional and state level with the support of sponsors from the government and other stakeholders in future.

(The author, a former general manager at the Airports Authority of India, is currently serving the aviation industry as a senior advisor)