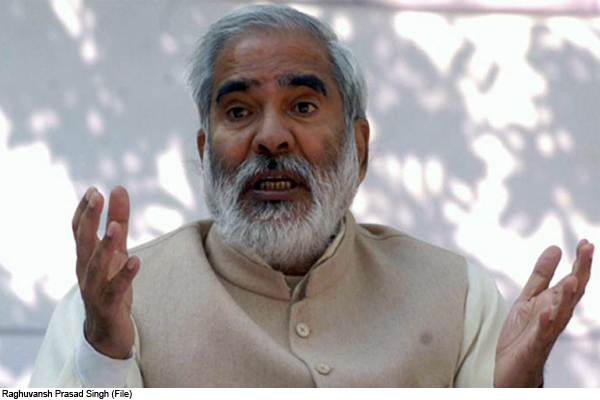 New Delhi: The year 2020 has proved to be more wretched in every sense. This year the series of bad news is not taking its name. Recently, there has been news that former Union Minister Raghuvansh Prasad Singh has died in Delhi’s All India Institute of Medical Sciences (AIIMS). He was on ventilator for a few days. As soon as the news of his death came, a wave of mourning has raged in Bihar. Just a few days ago, he sent his resignation from the ICU to the Rashtriya Janata Dal, which created a political stir in Bihar.

Former Union Minister Raghuvansh Prasad Singh died at the age of 74. Was admitted in ICU ward of AIIMS, Delhi. His condition deteriorated two days ago. The infection was aggravated and he was put on ventilator support after having trouble breathing. He was treated at AIIMS in Patna after being corona positive. After recovering, he was taken to Delhi AIIMS for post covid treatment. He resigned from RJD’s primary membership 3 days ago and there was talk of his joining the JDU. But who knew that this politician would be lost in another world.

It may be noted that Raghuvansh Pasad Singh had become infected with Corona in the past. He then resigned from all the posts of the party including the vice-president of RJD while undergoing treatment at Patna AIIMS. Efforts were on to convince him that he fell ill again. This time he resigned from the party on 10 September while undergoing treatment at Delhi AIIMS. Raghuvansh’s resignation was not accepted by party supremo Lalu Prasad Yad. He was angry with his rival Rama Singh’s attempts to enter the party. A few days ago, the Chief Minister of Bihar had a telephonic conversation with him to know his well-being, after which there was a discussion in Bihar that Raghuvansh Prasad Singh is going to join the JDU.