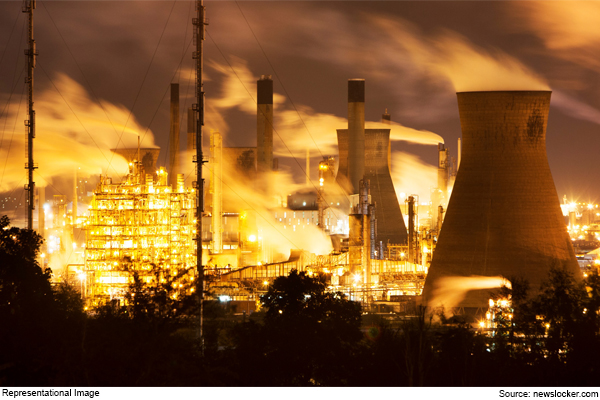 According to a recent study, the governments involved in the G20 are still spending more than half a trillion money on oil , gas and coal every year

International Institute for Sustainable Development (IISD), Overseas Development Institute (ODI) And Oil Change International (OCI) by According to the report released today, the unviable subsidy being given on fossil fuels to end Despite making repeated promises governments of countries involved in the G-20 in the subsidy from the year 2014 to 2016 are only able to be cut by 9%. Last three Over the years, $ 584 billion is being spent annually as a subsidy. According to the researchers, the decline in subsidizing fossil fuels is expected to disappear this year, as it was resolved to spend billions of dollars on fossil fuels to compensate for the damage caused by the worldwide Covid- 19 pandemic is.

As far as India is concerned, a huge amount of money is still being spent on fossil fuels here. This is being done through price support to consumers and investments in state owned establishments (SOEs), especially in oil and gas production.

Danger bells – There is a continuing trend of huge support for fossil fuels through price support to consumers in India and similar investors mainly in oil and gas production. Apart from this, there is a renewed emphasis on domestic coal production in the country.

Prgti – India is dedicated to electricity becoming has increased 146% in their public finances, mostly fossil fuels. Apart from this, SOE investment has also increased by 38% and this is also mostly in the production of oil and gas. However, India has been successful in cutting subsidy on consumers of petrol , diesel and kerosene (Garg et al. 2020) . Government cooperation in fossil fuel consumption declined by 3% over the 2014–2016 average . The tax on coal production has been increased three times from the year 2010 to 2016 and now it is Rs 400 per tonne.

The lead author of this report, titled ‘ Doubling Back and Doubling Down G- 20 Score Card on Fossil Fuel Funding ‘ , said Anna Geddes of the IISD, ” The governments of the G- 20 countries express resolutions already expressed in the Paris Agreement of the Kovid- 19 epidemic Support to fossil fuels to meet  Were not on the way to end. Disappointingly now they are heading in the opposite direction. G- 20 spending on fossil fuels will continue to be constant or in 2020 compared to last few years  It is also likely to increase once again. “

According to the latest data from Energy Policy Tracker, governments of G- 20 countries have contributed at least $ 243 billion through measures taken to compensate for losses in various fossil fuel based sectors since the start of the Covid- 19 pandemic . is. In this study, researchers before Kovid- 19 Covid- towards phasing out the cooperation given to fossil fuels by G20 countries as well as have the resolutions made to repair the damage caused by the pandemic 19 pandemic Analyzed the strategies adopted to take stock of the progress made.

The study took into account seven indicators. They came how the support transparency promises, coal, oil and gas spent to stop public money given to it in recent times with both fossil fuel-based power generation and consumption, covers it has gone. Experts have categorized the progress made towards reduction in support for fossil fuels by most of the countries under the category of assessment as ‘ bad ‘ or ‘ very bad ‘ . No country was found to be making good progress towards achieving the targets set under the Paris Agreement.

G-20 members of the Organization for Economic Cooperation and Development (OECD), Germany has the best performance in terms of the phasing out of the funding being given to fossil fuels. Mexico , Turkey and Britain together occupy the lowest rung. Among the non-OECD G- 20 countries, Brazil has scored the highest. At the same time , Saudi Arabia is on the lowest rung.

Germany, the top scorer , scored on transparency , strong resolve and relatively low support for oil and gas production and low use of fossil fuels. Germany ‘s total support to fossil fuels declined by 35% from 2014-2016 . Brazil’s good performance has been made possible by its reduction in coal production , fossil fuel-based power generation and consumption, and cuts in investment in state-owned installations in fossil fuels.

According to Geddes’ is being considered new measures is likely to reverse this trend of progress because of them. ”

Angela Picherielo the ODI said “gee any country of 20 does not work that way, the way it should. But there have been instances where footsteps Can be walked on A true leader will adopt Germany’s transparency and strong convictions and go a step ahead of Italy with plans to phase out its support not only from coal but also from oil and gas. G- 20 countries should stop supporting fossil fuels to stay in the race to achieve the goal of keeping global temperature rise within one and a half degrees Celsius and to avoid a worsening climate crisis . Whether it is plans to make up for the damage caused by the Kovid- 19 pandemic or any other steps.

OCI’s Bronwen Tucker said that our governments are on track to abandon historical levels of public finances after the Kovid- 19 epidemic. Our governments should invest in a sustainable future instead of financially supporting another severe crisis of climate change. In terms of governments, we are at an important stage , where we are turning to the support being given to fossil fuels and it has to move towards public health , social cooperation and rational transformation like renewable energy.

Geddes stated “China , Japan and South Korea have recently announced their plans for zero emission of polluting elements, and the EU’s Green Deal initiative indicates that increasing commitment and aspiration to take steps towards climate protection” worth conditions exist. existing finance these common summit, the fifth anniversary and so the Paris Agreement in G-20 Summit and December to be held at the upcoming November 28 such occasions, when these opportunities can be kept and strengthened. although the last 3 The progress of governments over the years has not been satisfactory, but we can convert the next 3 years into a turning point.”

For definitions of different types of government cooperation here See.

To see the indicators and sub-indicators used to prepare G20 scorecard here Click.

About International Institute for Sustainable Development (IISD)
The International Institute for Sustainable Development (IISD) is an independent thinktank that provides information on which work can be done. Our aim is to promote human development and environmental freedom. The big picture of the situation shows us how we can solve the fundamental causes of the biggest challenges facing our earth today. These challenges include ecological demolition , social exclusion , unjust legislation and social and economic regulations and a changing climate. IISD’s offices are located in Winnipeg , Geneva , Ottawa and Toronto and our work has an impact on the lives of people living in nearly 100 countries.