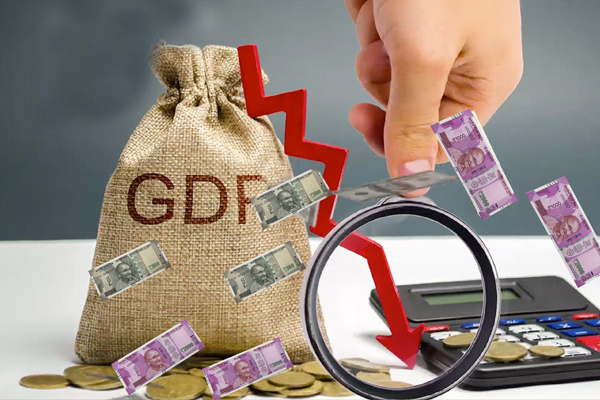 New Delhi: On Friday evening, the central government has released the figures for the second quarter of the financial year 2020-21. According to official figures, India’s economy stood at 7.5 percent of GDP in July-September. However, compared to the previous quarter, the epidemic saw some signs of escalation following the easing of restrictions. But negative growth in two consecutive quarters is technically considered slow. Let me tell you that for the first time in the last 40 years, there has been such a decrease in GDP, due to which everyone’s eyes were on the figures.

However, important employment generation sectors such as construction, mining and services remain weak. This data needs to be interpreted with caution as there is a large unorganized sector in India and the added value is not possible due to restrictions on the movement of data collectors.

According to News18, the decline in GDP for two consecutive quarters – even if the decline in GDP is less than the previous quarter, but due to the decrease in GDP for two consecutive quarters, the country has gone into a phase of technical retention in the first half of the current financial year. That is, the government has officially accepted the recession.

However, rating agencies around the world, including the Reserve Bank of India (RBI) governor, believe that India’s growth will improve in the coming years. If we talk about the first quarter, there was a historical decline of 23.9 percent in the gross domestic product (GDP).