Global Warming: A record 7% reduction in global CO2 emissions in the year 2020 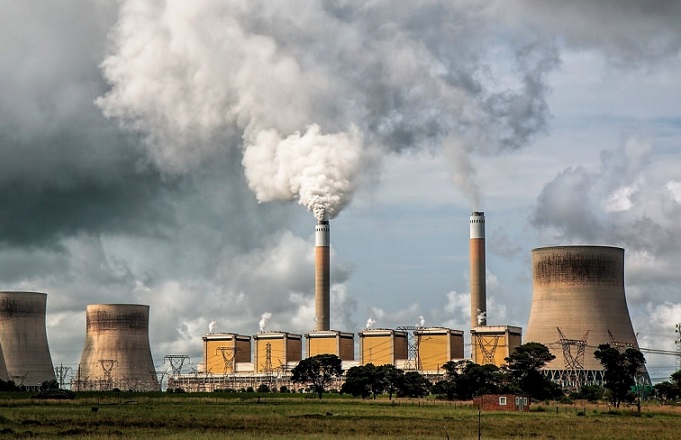 Reduction in CO2 emissions due to activities during the Covid-19 lockdown brought global fossil CO2 emissions to 34 billion tonnes. The emission reductions of 2020 appear to be more pronounced than China in countries such as the US (-12%), EU27 (-11%) and India (-9%) where COVID-19 was the first to spread and lockdown was also limited. At the same time, the global CO2 emissions have decreased by a record 2.4 billion tonnes (-7%) in the year 2020.

In India, where fossil CO2 emissions are estimated to be reduced by about 9%. Emissions were already below normal due to economic turmoil and strong hydropower production at the end of 2019 and the Covid-19 made it more effective. China ranks first, USA second and India third in CO2 emissions in 2019.

CO2 emissions decreased by 7% due to the impact of the COVID-19 restrictions for the rest of the world.

Globally, emissions decline peaked in early April in 2020, especially in Europe and the USA as lockdown measures were tightened.

This year’s global carbon budget release comes ahead of tomorrow’s fifth anniversary of the UN Paris Climate Agreement aimed at minimizing greenhouse gases to limit global warming. An average of about 1 to 2 Gt CO2 reduction is required between 2020 and 2030 each year to limit climate change to its goals. According to the international team updating the annual carbon, the rate of increase in global CO2 emissions has decreased after 5 years of the historic agreement, which can be attributed to the spread of climate policy. Despite their economy growing in 24 countries compared to before 2020, fossil CO2 emissions decreased significantly.

However, the researchers cautioned that it would be too early to say how much emissions would increase in 2021 and beyond as the long-term trend of global fossil emissions would be affected by actions to strengthen the global economy due to the Covid-19 epidemic.

Contributing to this year’s analysis, Royal Society Research Professor at the UAE’s’ School of Environmental Sciences’, ‘Corinne Le Querre, said- “Not all elements are effective for the continued reduction in global emissions and emissions will gradually slow down by 2019. Coming back to level. “

Government actions to stimulate the economy at the end of the Covid-19 epidemic may also help to combat low emissions and climate change.

“This year saw the transport sector accelerate the deployment of electric cars and renewable energy, and particularly widespread importance to encourage walking and cycling in cities.”

The reason for the highest CO2 emissions was seen in USA and Eu-27 is that there were already restrictions on the use of coal and further deterioration after the lock down of Covid-19.

On the other hand, China saw the lowest decline in CO2 emissions as they imposed fewer restrictions on coal use so that their economy would not be negatively impacted, and China also had a short period of lockdown.

CO2 emissions were already low in India due to economic constraints and due to hydro power generation and CO2 emissions were further reduced after the lockdown of Covid-19. Lockdown regulations were most effective in Europe and the USA.

Emissions from the industry, for example in the metal, chemical and manufacturing sectors, decreased by one-third during the Covid-19 lockdown in the spring, although could have been done earlier. Despite lower emissions in 2020, CO2 levels in the atmosphere continue to rise. It is estimated to reach 48% more than 2.5 parts per million and 412 ppm over 48 pre-industrial levels in the year to 2020.

Professor Pierre Friedlingstein, principal researcher at the University of Exeter, said – “Although global emissions were not so high last year but still amounted to around 39 billion tonnes of CO2. While CO2 in the atmosphere has increased further CO2 levels in the atmosphere and as a result The world’s climate will be stable only when global CO2 emissions are around zero.

Preliminary estimates based on fire emissions in deforestation areas reflect that emission. Deforestation and other land-use changes for 2020 are similar to the previous decade, about 6 GT CO2.

Deforestation was lower this year than the level of 2019, which was seen most in the Amazon forests. Deforestation and deforestation fires in 2019 were 30% higher than in the previous decade.It was 30% more while other tropical emissions (especially in Indonesia) were more than double as compared to the previous decade because of the unusual form From dry conditions, peat ignition absorbs about 54% of full human-induced emissions, continuing to increase in line with land and ocean carbon sink emissions.