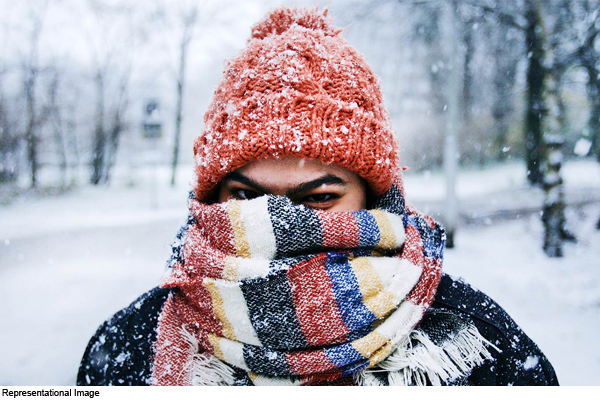 The last year may have been the warmest year in human history, but in many countries, the beginning of 2021 has been quite cold. While in neighboring China, Beijing recorded the lowest temperature in 20 years, in Spain, Madrid recently experienced the heaviest snowstorm, the most intense since 1971. After all, why is it happening that on the one hand, the world is getting so hot, on the other hand, suddenly it is getting so cold?

You may find it strange to read, but the reality is that now winters are suddenly so horrific because the world is getting hot.

This short period of sudden cold wave in English is called a cold snap. Surprisingly, these cold snaps are happening at a time when meteorological agencies state that 2020 was the hottest year yet. This announcement confirms a global warming trend, with six of the hottest years on record, corresponding to the year 2015-2020. Cold periods have been decreasing for a long time and winters are expected to get lighter as the planet heats up.

But over the years, parts of the Northern Hemisphere have seen more severe winter weather. These extreme cold times of the world may simply reflect the fact that the weather is variable, and such events occur on random occasions.

However, some scientists say that human-caused global warming (and especially the warming of the Arctic) may actually be a factor behind cold winters in mid-latitude regions – in regions between the tropics and the Arctic – such as North America. , Parts of Europe and Asia.

A number of studies have directly associated particular cold snaps in parts of the Northern Hemisphere with warming in the Arctic:

A 2014 study in Nature Geoscience concluded that in the Arctic, the lack of sea ice in the Barents-Kara Sea has more than doubled the likelihood of severe winters in central Eurasia.

A 2015 study in Nature Geoscience found a relationship between high temperatures in the Barents-Kara Sea and then severe winters in the East Siberian-Chakchi Sea regions (both in the Arctic) and East Asia and North America.

A 2018 study in Nature Communications notes that as Arctic temperatures increased, the frequency of severe winters also increased in mid-latitudes, particularly in the eastern US.

Possible system
Despite the connection between the Arctic summer and the cold weather in the mid-latitudes, there is a scientific debate as to how these two events are related if they are connected in any way.

Several mechanisms have been proposed including changes in the jet stream and polar vortex (cyclones):

Jet stream
The jet stream is a fast river of air that flows above the Earth’s surface, enclosing mid-latitudes and high altitudes. It is produced by the contrast between the cold temperature at the poles and the heat at the equator. Changes in the path of the jet stream can cause the mass of hot or cold air to move from one place to another.

As the Arctic heats up, the stress and stretch on the jet stream decrease, resulting in a weaker air stream being more likely to get stuck at one location. This can lead to more frequent weather conditions in specific locations, which can cause extreme events, such as heatwaves, droughts and cold periods.

This 2018 paper includes a more in-depth explanation of how changes in the jet stream and the Arctic can affect weather patterns in mid-latitudes.

Observational studies suggest that Arctic warming and sea ice damage can dissolve the polar vortex, causing cold snaps to begin in North America and Eurasia. But Arctic heating in climate model simulations is insufficient to dissolve the polar vortex – suggesting that models are either ignoring other factors or that the cooling of continents occurs through a different mechanism.

You can find a more detailed discussion on this in the 2019 paper published in Nature Climate Change. You can also visit the NOAA website for more information about the polar vortex and cold weather patterns.