Home
My Voice
Goa Liberation Day 2020: Why Goa is famous, what is the History of Goa, you need to know

Goa Liberation Day 2020: Why Goa is famous, what is the History of Goa, you need to know 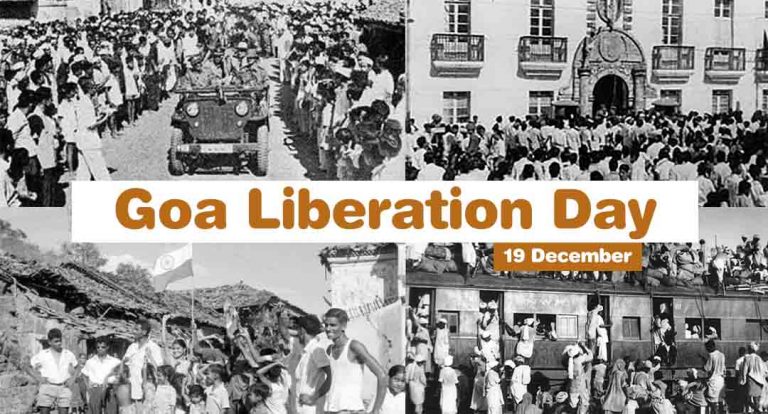 Goa was not always a part of independent Indian It became an Indian state after it got liberated in 1961. It is said that the whole military operation took around three days to successfully do the job well and right.

President Ram Nath Kovind on Saturday arrived in Goa was received at the Goa airport by Governor Bhagat Singh Koshyari and Chief Minister Pramod Sawant. He will be participating in the function to announce the commencement of the celebrations of 60th Goa Liberation Day.

“It was an honour to welcome the Hon’ble President of India Shri Ram Nath Kovindji at Dabolim Airport, on his visit to Goa on the occasion of Goa Liberation Day,” Sawant tweeted. Prime Minister Narendra Modi also extended greetings on the occasion earlier today.

Goa Liberation Day is observed every year on December 19 in India, it is regarded as one of the most significant day in the history of Goa. Located at around 250 miles south of Mumbai, Goa is one of India’s smallest states and was previously under Portuguese possession for about 450 years. The Goa Liberation Day is a celebration of the day Indian armed forces freed Goa from Portuguese rule on December 19, 1961.

Portugal had colonised several territories in India since 1510. However, by the end of 19th century, their rule was limited to few Indian territories including  Goa, Daman and Diu, Dadra and Nagar Haveli. The movement to end Portuguese rule in Goa was started with low-level revolts.

After India got its Independence in 1945, the territory of Goa was still under the control of Portugal. Despite several rounds of negotiations and diplomatic parleys, Portugal did not agree to free Goa and other Indian territories.

Unsuccessful negotiations and diplomatic efforts with the Portuguese, the former prime minister of India, Jawaharlal Nehru, decided that military intervene on the Goa was the only option. The 36-hour military operation, conducted from December 18, 1961, was code-named ‘Operation Vijay’ meaning ‘Operation Victory,’ and involved attacks by the Indian navy, air force, and army.

During the historic moment, Indian troops reclaimed the Goan territory with little resistance, and General Manuel António Vassalo e Silva signed the certificate of surrender.  Around 451 years of Portuguese rule in the region officially came to an end and the territory was taken back by India on December 19, 1961. However, the action incited mixed responses internationally at the time. Though many praised the move and backed India, others, including Portugal, criticized the Indian forces’ “invasion” of Goa.

The day is also particularly important for recognizing the achievements Goa has made in recent years, accomplishing milestones in the tourism sector and maintaining its position as having the highest per capita income among all the states and union territories of India.

The day is also particularly important for recognizing the achievements Goa has made in recent years, accomplishing milestones in the tourism sector and maintaining its position as having the highest per capita income among all the states and union territories of India.

Now, Goa Liberation Day is marked by an abundance of events and festivities in Goa. A torchlight procession is ignited from three different locations in the state, eventually all meeting at the Azad Maidan.

This is where a tribute is made to those who lost their lives in the takeover of Goa. Various cultural programs like Sugam Sangeet — an Indian musical genre with poetry in the Kannada language — are also held to honor the occasion.