Home
Entertainment
Here What ChatGPT is? Let us understand what is ChatGPT? 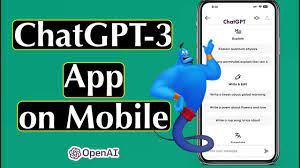 In 1964, researchers at MIT University were working on a computer program. A program so ahead of its time that it would allow seamless communication between humans and machines.

By 1966, he had created ELIZA, an app that would lay the foundation for all future chatbots. What makes ELIZA so impressive is its introduction of keyword-enabled responses. For the first time ever, users felt they were talking to someone who understood their input.

By 1995, another language processing bot, ALICE, appeared and was followed in 2001 by SmarterChild, which set the stage for all current generation chatbots.

However, a decade later, the introduction of AI chatbots such as Amazon Alexa, Google Now and Siri took the world by storm.

But in November 2022, an artificial intelligence research firm called OpenAI introduced ChatGPT, an advanced AI-powered chatbot that has taken the world by storm.