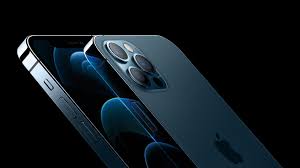 New Delhi: The world’s largest Apple iPhone maker is based in a city that has been completely sealed off by the Chinese government. The Foxconn-owned factory recently witnessed massive labor demonstrations. Chinese authorities opted to lock down the city in response to the protests, asking everyone to stay at home and only go out if absolutely necessary.

According to an AFP alert, China has reportedly imposed a COVID-19 lockdown in several areas of Zhengzhou. It happened shortly after a tense worker protest at a Foxconn factory. The lockdown also puts financial pressure on businesses and China’s economy, which is already struggling as a result of the surge in Covid cases and subsequent lockdowns. (Also read: 10 big companies that laid off in a big way)

Workers have been angry at the Foxconn site since Wednesday. In the viral video, men can be seen breaking security cameras and vandalizing makeshift Covid testing facilities. However, none of the videos could be independently verified. In the video, the workers are raising slogans, ‘Give us our salary’. During the lockdown, they also made complaints about adverse working conditions. (Also Read:

Foxconn has acknowledged a “technical fault” on its end in response to the unrest. According to a Reuters article, the business claimed that a technical problem occurred during the onboarding process. “We apologize for an entry error in the computer system and assure that the actual remuneration is the same as agreed and on the official recruitment poster,” he said in a statement.

As per the latest reports, most of the protesters have left the area. Additionally, the business is attempting to work out a solution with remaining workers.

Covid cases are increasing again in China. Since the start of the pandemic, the company has reported a record number of cases. The long lockdown also had a negative impact on the county’s economic prospects. To manufacture its iPhones, Apple primarily relies on Foxconn’s Zhengzhou factory. The plant is in charge of 70 percent of all iPhone shipments worldwide.