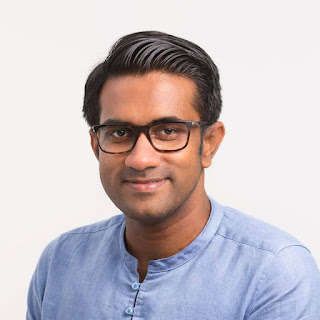 New Delhi: The convener of an emerging Sri Lankan political party that supports liberal ideals has found an unexpected source of inspiration in the Palk Straits.

According to Rasika Jaykodi, co-convener of NextGenSL, this is where the RSS provides a useful blueprint for building a strong and cohesive organisation.

ìIt is not about adopting the same values and objectives as the RSS, but it is about paying attention to how the RSS has been disciplined in building a long-lasting organization. It is impressive, Jayakodi told.

ìNextGenSL’s RSS objectives are very different. NextGenSL is all about encouraging youth interested in politics to govern in a corruption-free manner. Our values support liberalism, and we are an initiative with members of all political ideologies.”

NextGenSL was launched in November 2018 as a youth political platform to help solve Sri Lanka’s problems.

The six other core members also represent political ideologies ranging from liberalism and social democracy to conservatism and communism.

The informally structured organization hopes to become a permanent fixture in Sri Lanka, where a controversial political establishment has perpetuated an economic crisis the country is still grappling with.

Our aim is to advocate for law reform, greater accountability and transparency in the governance of Sri Lanka. We advocate for stricter laws in funding campaigning and declaration of candidatesí assets, and also responding to election-related misinformation.

Towards becoming as strong as the RSS

Currently, NextGenSL does not have a permanent membership base or recruitment process. It currently runs workshops or events through funding from donors.

For example, in March last year, it organized an event to promote women in politics with the help of the Germany-headquartered Friedrich Naumann Foundation for Freedom. Past events have been organized with the assistance of the International Republican Institute based in Washington DC.

ìWe come together whenever important issues need to be addressed, at events, workshops or when information is needed to the press. Therefore, we are still more of a group of like-minded individuals than a complete organization. We expect the NextGenSL initiative to develop into something long-lasting that can impact the political culture of Sri Lanka’s Jayakodi said.

To do this, NextGenSL will generally have to become a registered organization with formal processes and systems, set up to attract and educate more young political activists interested in changing politics in the country.

It is for this purpose that Jayakodi finds the RSS remarkable.

“For any youth initiative that hopes to become a sustainable organisation, the way the RSS has been built and administered provides essential lessons to build the organisation,” Jayakodi said.

“RSS has been successful in educating its members and in establishing procedures in instilling the values of the RSS, in creating a culture and traditions that will be adopted by its members and implemented in the society,” he said.