Home
Sports
Humilation for Dhoni after Crushing defeat against MI

Humilation for Dhoni after Crushing defeat against MI 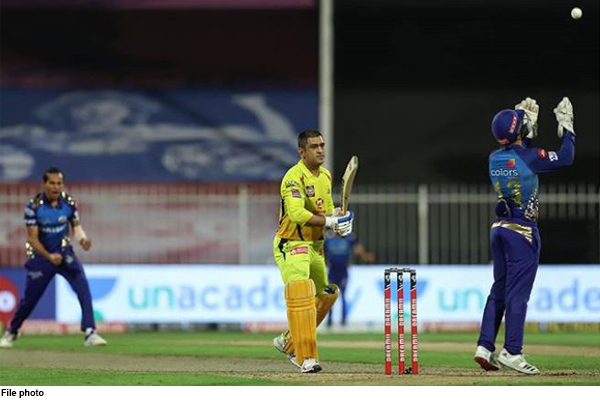 New Delhi: Dhoni said the team was hurting and rued that nothing went their way this IPL. “Well it does hurt. What you need to see is what is going wrong, this year hasn’t been our year. In only one or two games this year we have batted and bowled well together.

Chennai Supan King captain Mahendra Singh Dhoni’s pain came to the fore after a crushing defeat against Mumbai Indians in yesterday’s match. Let us know that CSK is almost out of the IPL playoff race after losing eight of 11 matches so far. Captain Dhoni said that keeping in mind the preparations for next year, the youth will be given a chance in the remaining 3 matches.

After CSK’s 10-wicket defeat, Dhoni said, “Such a performance hurts.” We have to see where the mistake happened. This was not our year at all. Whether you lose by 8 wickets or by 10 wickets, it does not matter. Now it remains to be seen where we are at the moment at the tournament and that makes us sad. “

Dhoni said, “From the second match, we had to see where we were wrong. Rayudu was injured and the remaining batsmen could not contribute 100 percent. Luck also did not support us. In matches where we wanted to bat first, we could not win the toss. When we first batted there was dew. “

He said, “100 excuses can be given for poor performance, but the most important thing is that we have to ask ourselves if we can play to the best of our ability.” Have we played according to our record so far. No, we tried but did not succeed. “

Dhoni said, “Next year there will be a lot of agony. Young players will be tested in the upcoming 3 matches. Keeping the next year in mind, we will see who can bowl well in the death overs and who can withstand the pressure of batting. New faces will be tried in the next 3 matches. “