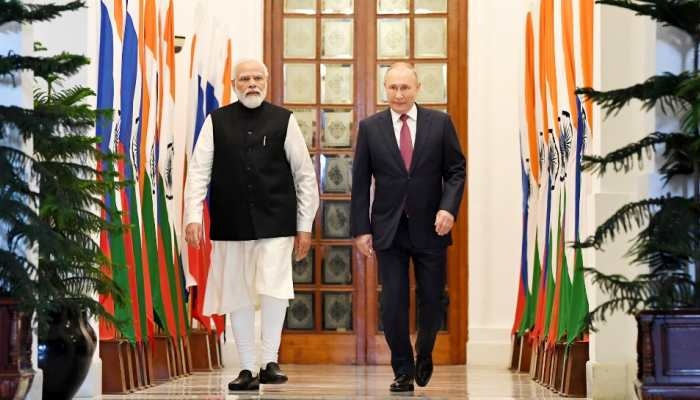 Russia’s second largest bank VTB is now expected to give a big boost to India-Russia trade as it has launched a mechanism to receive payments directly in rupees, bypassing the traditional mechanism involving dollars and euros. With this, Russian SMEs will now be able to transact in INR, thus simplifying payments while dealing with their Indian business partners. The move comes at a time when New Delhi and Moscow are working towards addressing the trade imbalance between the two countries.

In December, the Russian Foreign Ministry stated that it was necessary to conduct transactions in national currencies to address the trade imbalance between the two countries. In November, during his visit to Moscow, India’s External Affairs Minister S Jaishankar expressed concern over the decline in Indian exports to Russia.

It may be noted that India’s imports from Russia, which increased manifold after the Russia-Ukraine crisis, are five times more than India’s exports to Russia. India-Russia trade, which stands at $27 billion, is mainly driven by Indian imports of coal, oil and fertilizers.

Transacting in national currencies is a challenge, given that a country with high exports accumulates more currency than the importing nation. Speaking at the Russia-India trade dialogue, India’s Ambassador to Moscow Pavan Kumar said that Russian companies can use the rupee in Russian banks to import goods from India, thus reducing rupee accumulation in Russian banks.

Diplomatic relations between India and Russia were tested during the Russia-Ukraine conflict, with the western side urging India to be on the ‘right side’ of history. However, India’s diplomatic machinery worked hard to ensure a balance between New Delhi’s relations with Moscow and its relations with the West.