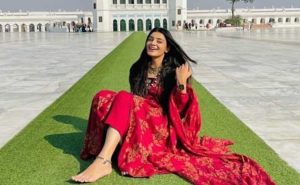 A Lahore-based fashion brand recently posted pictures on its social media accounts from a photoshoot done by a model at the Darbar Sahib Gurdwara.

India on Tuesday summoned the most senior Pakistani diplomat in New Delhi to express its concern that there was desecration of the Darbar Sahib Gurdwara, built at the site where Guru Nanak spent the last years of his life, a temple after fashion shoot

A Lahore-based fashion brand recently posted pictures on its social media accounts from a photoshoot done by a model at the Darbar Sahib Gurdwara. The model in the photos did not cover her head – as is required of all visitors to Sikh shrines – and this resulted in widespread criticism in India and Pakistan.

Foreign Ministry spokesperson Arindam Bagchi said that Pakistan’s in-charge Aftab Hasan Khan was called upon to “express our deep concern over the incident of insult to the sanctity of Gurdwara Sri Darbar Sahib, Kartarpur by a Pakistani model and a clothing brand”. . 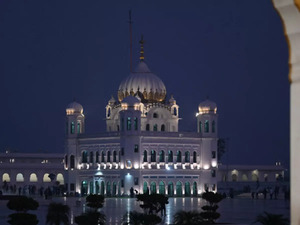 He said Khan was told that the reprehensible incident had deeply hurt the sentiments of the Sikh community in India and across the world.

“Such frequent incidents of humiliation and disrespect of religious places of worship of minority communities in Pakistan highlight the lack of respect for the faith of these communities,” he said.

The Indian side also told Khan that it expected “Pakistani authorities to investigate the matter honestly and take action against those involved”.

The Delhi Sikh Gurdwara Management Committee on Monday wrote a letter to External Affairs Minister S Jaishankar demanding that he take up the matter with the Pakistan government. With the arrival of elections in Punjab, this matter had become a hot issue in the political circles.

However, the authorities in Pakistan had taken up the issue even before India’s formal protest. Kartarpur is located in Pakistan’s Punjab province, and provincial chief minister Usman Buzdar took “stern notice” of the matter and sought a report on the incident from the chief secretary.

“The incident will be thoroughly investigated,” he said. CM Punjab reiterates that all religions are respected in Pakistan,” said a tweet from the Punjab provincial government handle. It said in another tweet that “strict action will be taken against all the guilty”.

Pakistan’s Punjab Police said in a tweet that the authorities are investigating all aspects related to the incident and strict legal action will be taken against those responsible. The management of fashion brands and models is also being probed.

Pakistan’s Information Minister Fawad Chaudhry asked the fashion designer and model involved in the incident to apologize, saying the gurdwara is a “religious symbol, not a film set”.
The fashion brand also distanced itself from the photoshoot, which it said was done by a third party using its outfits. “However, we accept our mistake that we should not have posted this content and we apologize to everyone who was hurt by it. All holy places are very sacred to us. The photos and posts have been removed from all our media channels,” the brand said in a statement.

The Gurdwara in Kartarpur is located in the area where Guru Nanak, the founder of Sikhism, spent his last years. In 2019, India and Pakistan opened a special corridor to allow Indian pilgrims to travel without visas.