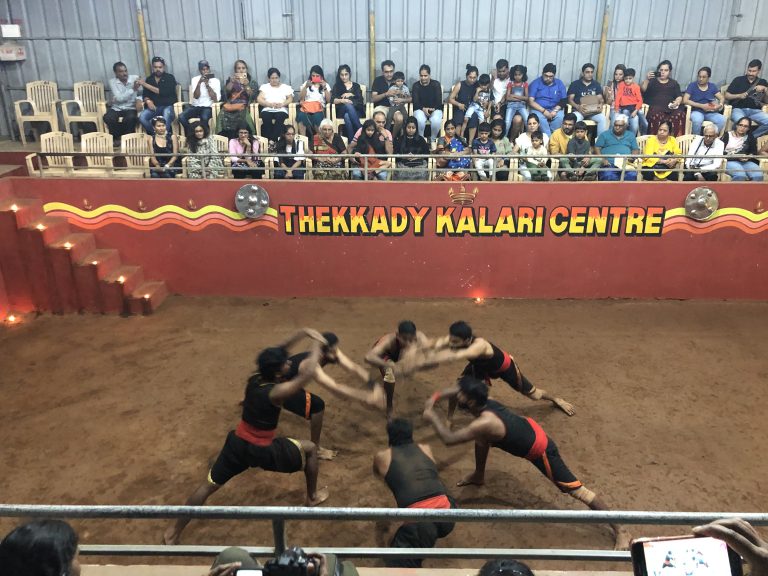 When we think India, the first images to cross our minds are of cows, snake charmers, colorful festivals, spices, the Himalayas, Ganges, Taj Mahal, Cricket, ayurveda, yoga, spirituality and other such typecasts.

But this montage would almost always never include martial arts. Because we have grown up believing that this art form comes from China, Japan or Korea.

But this is where the notion misleads you. India is home also to Kalaripayattu, the oldest, noblest and most exquisite of martial arts techniques which is quite popular even today in Kerala.

According to the early scriptures, the art was acknowledged and spread even out of India in 6th century AD when a wandering monk, Bodhidharma, introduced it to the Chinese and thus laid the foundation of Asian martial arts. Shaolin kung fu and karate are just two forms that evolved from it.

An integral part of the region’s socio-political system, Kalaripayattu was originally a secret battle technique of the Nerus, a warrior caste in medieval Kerala. It dealt with physical discipline, intensive training for armed and unarmed combat, breathing, meditation and healing.

Its philosophy is, “Have strength, flexibility and endurance to make your body part of nature; Master speed to move faster than the enemy’s eyes; Master the weapon to expand your own limbs; Work on yourself, do not ask for victory, revenge, money or honour. Instead, see the passage — the endless quest for self-perfection — as the goal, for it is Kalaripayattu.”

Kalaripayattu (Kalari means Earth Training Ground and Pettu, combat) is both a martial art and a way of life that has five interrelated parts — fighting, healing (ayurveda), yoga, astrology and spiritual practice.

This ancient tradition is still practised with its distinct style and code of conduct, from guru to student. The movements and techniques of Kalaripayattu originated from observing the habits of the eight “warrior” animals that inhabited the region: lion, boar, cobra, elephant, tiger, horse, rooster and buffalo. Each represented a different posture or stance with its own distinctive style, function and power.

Although the deadliest combat system in the world — and possibly because it is — this mother of all martial arts is also the most princely, because its teachings were strictly for self-defence and healing. To this day, Kalari Swamy assesses whether one is qualified enough to learn this deadly technique so that its knowledge and power are not misused.

It is claimed that skilled Kalaripayattu warriors can disable or kill their opponents by simply touching the true marmas (critical points) of the 107 identified and defined Sushruta (around 6th century BCE), 64 of which are fatal.

However, the goal of Kalaripayattu is not to acquire power through the ability to cure or kill; and this makes it the supreme example of the human spirit in its purest form.

It’s time for you to take a pilgrimage to Kerala to find out more about the oldest, most elite and best of martial arts, Kalaripayattu.