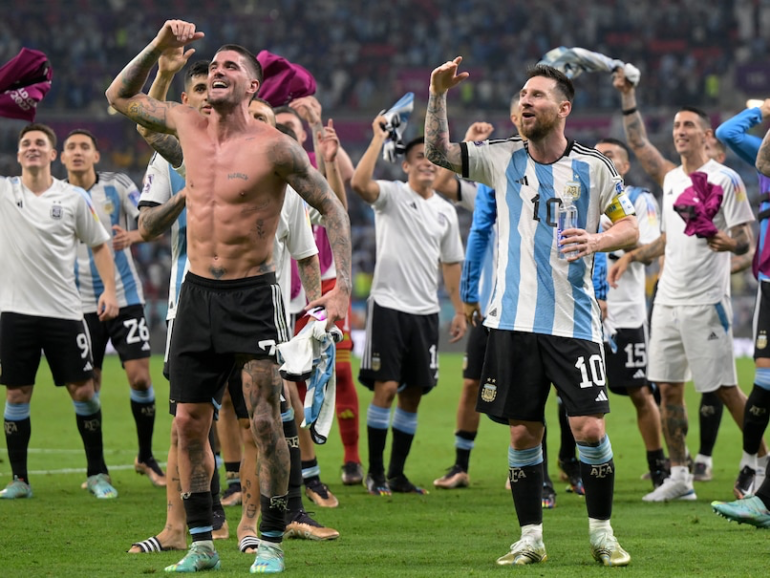 The South American nation will now seal their place in the quarter-finals of the tournament, where they will face Netherlands, who had earlier defeated USA to advance to the next stage. Australia played well in the first 30 minutes of the match despite their limitations. But in the 35th minute, Messi’s brilliance prevailed and he scored the first goal for his team, which is also his first ever knockout goal in the FIFA World Cup.

Lionel Messi, playing his 1000th match, scored a remarkable goal in Argentina’s 2-1 win over Australia in the FIFA World Cup 2022 Round of 16 match on Saturday (December 4).

Later on, Julián Álvarez tapped into an empty net for the second goal as Argentina went up 2–0 in the game, almost sealing the quarter. Australia scored a goal in the 77th minute to make it 2–1 as Craig Goodwin netted a deflected shot from Argentina defender Enzo Fernandez. In the last few minutes, Australia showed great urgency, with Argentina goalkeeper Emi Martinez being cut to the task.

Argentina continues to perform well. They started with a loss against Saudi Arabia and have now won three matches in a row against Mexico, Poland and Australia. Their next challenge is the Netherlands which will be their toughest ever in the competition.

A lot will depend on Messi in that match as well as the South American nation will pray and hope that he continues his good form. But the Australian team showed in the last few minutes that this Argentina team has weaknesses and therefore it seems that despite these victories, Argentina are still not playing the best football that can be expected to show on a big stage like the World Cup.