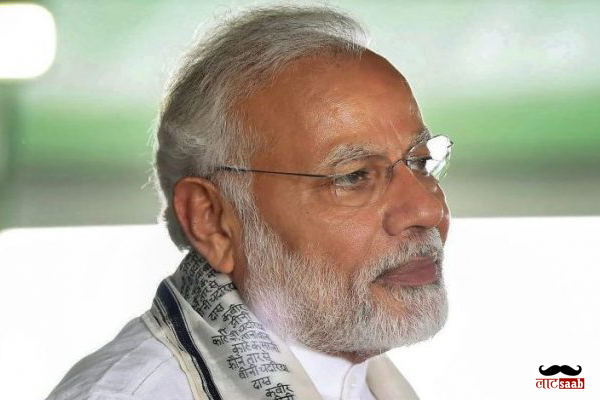 New Delhi: Prime Minister Narendra Modi on Saturday inaugurated the college and administration buildings of Rani Lakshmi Bai Central Agricultural University, Jhansi, UP, through video conferencing. He also interacted with the students of the university.

The PM congratulated everyone involved with the project and expressed hope that the students, after graduation, will actively contribute in empowering the country’s agriculture sector. He hoped that new facilities provided due to the new building would encourage and motivate students to work harder.

Invoking Rani Lakshmi Bai’s quote that “I will not give my Jhansi”, the Prime Minister urged the people of Jhansi and Bundelkhand to make Atmanirbhar Bharat Abhiyan a success.

The Prime Minister noted that agriculture has a major role to contribute in Atmanirbhar Bharat Abhiyan. He said self-reliance in agriculture targets at making farmers both- producer as well as entrepreneur. Modi said that in line with this spirit, several historic agricultural reforms were taken.

Just like other industries, now farmers can also sell their produce anywhere in the country, wherever they fetch better prices. He said a special dedicated fund of Rs 1 lakh crore has been set up for providing better facilities and promoting industries in a cluster-based approach.

Besides, three more national institutes viz. IARI Jharkhand, IARI Assam and Mahatma Gandhi Institute for Integrated Farming in Motihari, Bihar, are also being established. He remarked that these institutes will not only give new opportunities to the students but will also help in increasing their capacity in providing technology benefits to the local farmers.

Speaking about the use of modern technology in meeting agriculture related challenges, the Prime Minister gave an example of recent locust attack. He said the Government worked on a war footing to control the spread of the attacks and to reduce the damage. He mentioned that dozens of control rooms were set up in several cities, arrangements were made to alert farmers in advance, drones to spray, dozens of modern spray machines used to kill locusts were procured and provided to farmers.

The PM said that in the last six years, the Government has endeavoured to establish a link between research and farming, and to provide scientific advice to the farmers at the ground level in the villages. He sought the cooperation of the universities in developing the ecosystem to streamline the flow of knowledge and expertise from campus to agriculture fields.

Stressing the need to take knowledge related to agriculture and its practical application to schools, the Prime Minister said efforts are to introduce the agriculture as a subject at middle school level in villages. It will have two benefits: One, it will develop agriculture-related understanding in the students and, secondly, it will enable the students to give information about agriculture, its modern farming techniques and marketing, to their family members. This will promote agro entrepreneurship in the country, he added.