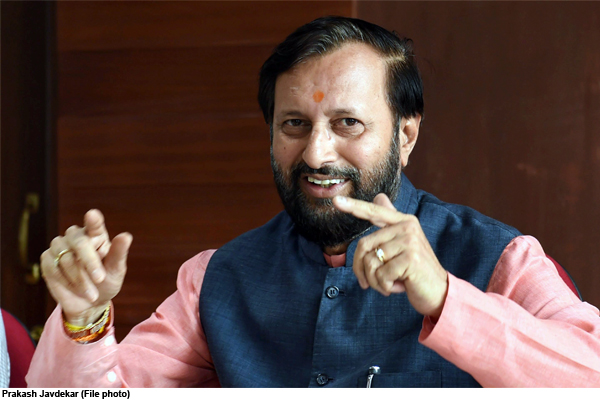 New Delhi: Information and Broadcasting Minister Prakash Javadekar (Prakash Javadekar) said that after the National Education Policy, the Center is now committed to it that education does not mean studying by rote, but learning by understanding. He said that the World Bank-backed STARS program is part of that effort. The Union Minister said that this will pave the way for the first step to start a revolution in our education system. Javadekar said that the Center is working towards the goal of increasing basic literacy and understanding among children between the ages of three to eight years.

He said that teachers will be trained for this purpose. Javadekar said that the STARS program proposes changes in the board examination system to assess students on the basis of their ability. The Union Minister said that this decision will increase cooperation among states, teachers will get proper training and with the improvement of examinations, India can participate in international competitions with preparation.

Javadekar said that agencies will be formed for independent assessment in the education system. He said that a board or institute will be set up separately to implement the stars scheme properly. The minister claimed that the main idea behind the project is of ‘lingering outcome’. It is noteworthy that the central government has started implementing the new education policy. In the meeting of the Union Cabinet chaired by Prime Minister Narendra Modi on Wednesday, the STARS scheme was approved under the new education policy to strengthen the school education system in the states.

Giving information about the decisions taken in the Union Cabinet meeting, Information and Broadcasting Minister Prakash Javadekar said that the STARS project was approved under the chairmanship of Prime Minister Narendra Modi (Narendra Modi). He said that the World Bank will provide financial assistance of 500 million dollars for this project. Prakash Javadekar said that this project will be implemented on behalf of the School Education and Literacy Department of the Ministry of Education under the new education policy of the Central Government. The project will be implemented in Himachal Pradesh, Rajasthan, Maharashtra, Madhya Pradesh, Kerala and Odisha at present.