Home
Nation
Over 79,000 patients discharged from hospital in last 24 hours

Over 79,000 patients discharged from hospital in last 24 hours 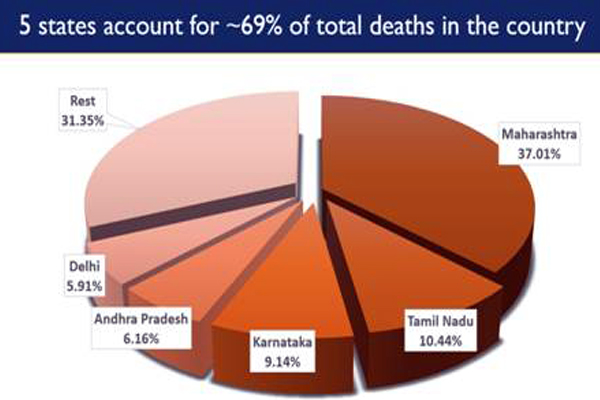 New Delhi: A large number of patients continue to be healthy every day in India. The recovery rate, which is continuously rising upwards, has reached 78.28 percent today. During the last 24 hours, 79,292 patients have been discharged from hospital after recovering.

The total number of cured patients is 38,59,399. The gap between curing patients and active cases is steadily increasing. Today this gap has exceeded about 28 lakhs (28,69,338).

Of the total active cases, 60.35 per cent are from Maharashtra, Karnataka, Andhra Pradesh, Uttar Pradesh and Tamil Nadu. The number of patients recovering in these states has reached nearly 60 percent (59.42 percent).

There have been 1,054 deaths in the last 24 hours. Of the new deaths, around 69 per cent occurred in five states / union territories like Maharashtra, Tamil Nadu, Karnataka, Andhra Pradesh and Delhi.