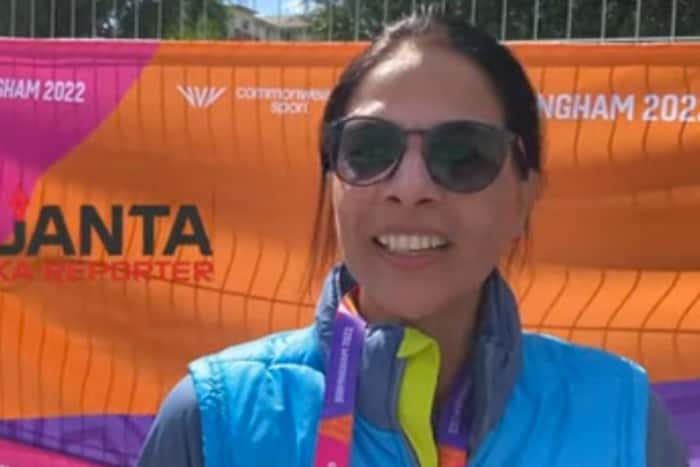 Binish Hayat made history at the Commonwealth Games 2022 as she became the first Pakistani female umpire to officiate at the CWG 2022 and possibly making another for her comments after India women beat New Zealand in a penalty shootout in Birmingham to win a bronze medal. on the way.

In an interview with Janta Ka Reporter, Hayat said she was praying for India’s victory and said that India and Pakistan should support each other and forget politicians.

“You saw the semi-final. It was very tough for them (Indian women’s hockey team). I agree that India should have scored more runs (against New Zealand), but most importantly we won,” she said. Watch in video.

She added, “When the firing was announced, I was like ‘No Allah Nahi’. We should win.”

“Forget the politicians. We are all one. We should support each other. They (Indian women’s hockey players) are our sisters. They made the whole of Asia proud,” Hayat said.

The video went viral in no time and was widely shared and circulated with users pouring their hearts out in the comments section.

“I’m in tears. Thanks ma’am.” One user wrote, while another said, “I envy her, for her peace of mind and happy state in which she is, and it is very natural for her. Many players who really love their game , they have this beautiful quality.”

“The moment he said ‘Hum Jeet Gaye’ it was just pure love and affection. And you can say it came from the heart, it was not a rehearsal or a scripted line. After all, insan to insaan hai, and India and Pakistan ki The bond of roots will last forever,” another user wrote.