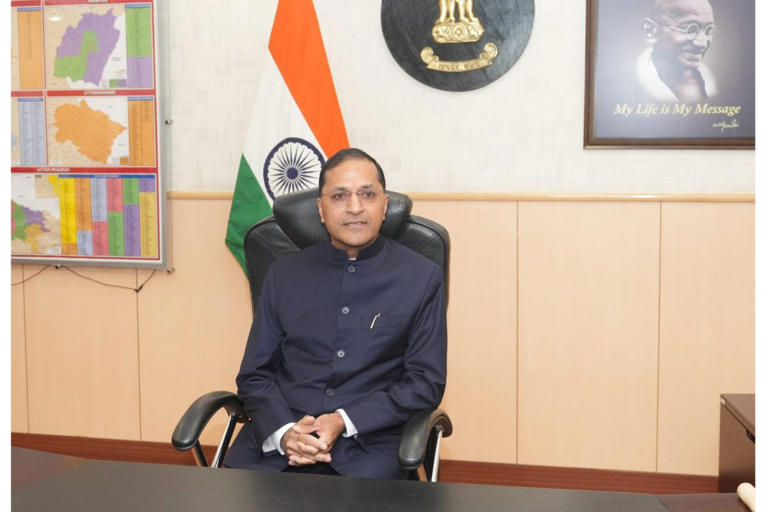 On 18 November, 1985 batch IAS officer Arun Goel was given voluntary retirement from service. A day later, on 19 November, the President appointed the retired IAS officer as the Election Commissioner.

A five-judge constitution bench is hearing a batch of petitions recommending reforms in the process of appointing members of the Election Commission of India.

The top court said it wanted to know whether everything in the appointment process was ‘hunky-dory’ as claimed by the government.

The case is ongoing and the SC will hear the matter again on Thursday.

Know here who is Arun Goyal?

According to the Election Commission, Goyal is a 1985 batch IAS officer of the Punjab cadre, who holds a post-graduate degree in Development Economics from Churchill College, University of Cambridge, England.

At the time of his retirement, he was appointed as the Secretary, Ministry of Heavy Industries. He was with the ministry from 2020 till his voluntary retirement.

He also served as the secretary of the Ministry of Culture and as the vice-chairman of the Delhi Development Authority.

He has spent a long time with the Punjab government before becoming a part of central ministries. He was the District Election Officer/Collector, Bathinda in 1993.

The next year, he was appointed as the Managing Director of the Chandigarh Industrial and Tourism Development Corporation.

Between 1995 and 2000 he served as District Election Officer/Collector, Ludhiana and later became the Managing Director of Punjab Warehousing Corporation.

He was the Managing Director of Punjab Industries and Exports during 2003-05 and Secretary, Department of Expenditure in 2006.

He also served as Principal Secretary to Housing and Urban Development and Power and Irrigation.

Goyal’s retirement was to take place on December 31, 2022, when he would be 60 years old. In the Election Commission, Goyal can continue till December 2027 and is in line to become the next Chief Election Commissioner (CEC) in February 2025 after incumbent Rajeev Kumar leaves office.