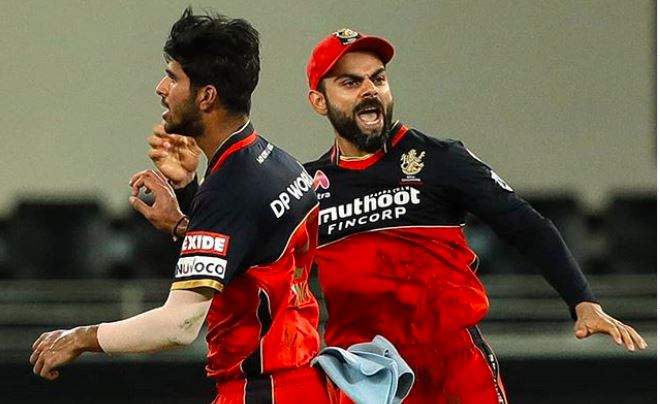 New Delhi: The 25th match of the Indian Premier League (IPL) was played between Chennai Super Kings and Royal Challengers Bangalore in Dubai. RCB won the toss and scored 169 runs losing 20 wickets in 20 overs and set a target of 170 runs to win in front of Chennai. Chennai did not have a good start. Watson and Duplesey were quickly dismissed and returned to the pavilion. However Rayudu tried to handle the team to some extent. He scored 42 runs off 40 balls with the help of four checks. Playing the first match, Jagdishan supported him well and scored 33 runs with the help of 4 checks from 28 balls. There was a time that both partnerships would win Chennai the match. But Jagadishan was dismissed in a fast-paced run. After that Dhoni came on batting but could not do anything special and made 10 catches in the spur of playing fast. After Rayudu’s dismissal, no batsman could even cross the double figures and Chennai lost the match by 37 runs.

For Bangalore, Maurice took 3 precious wickets for 19 runs in 4 overs while playing the first match. Washington Sundar took 2 wickets for 16 runs in 3 overs. With this win, RCB moved to number four in the points table.

For Chennai, none of the bowlers, except Deepak Chahar, were impressed. Chahar took 1 wicket giving 10 in 3 overs. Shardul Thakur also took 2 wickets. Sam Kuran proved to be very expensive, scoring 48 runs in 4 overs.