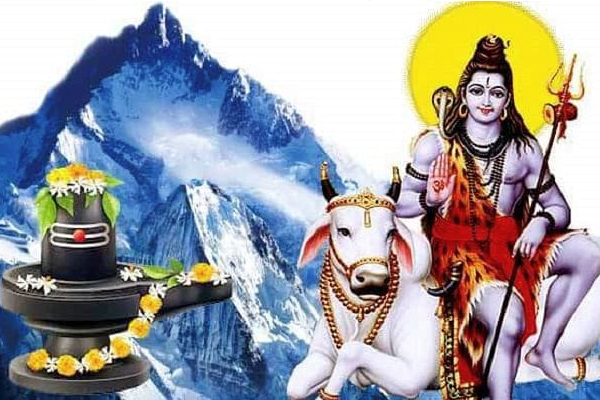 Amavari was also a sister of Lord Shankar. Which was made by Mahadev himself with his illusion on the insistence of Mother Parvati. Lord Shiva and Mother Parvati had only one son, whose name was Kartikeya. Lord Ganesha was created by Mother Parvati from her ubtan (coat applied on the body).

Bhole Baba had played Damru 14 times for Sankadi after performing Tandav, from which the basis of Maheshwar Sutra i.e. Sanskrit grammar was revealed.

Ketaki flower is never offered to Lord Shiva. Because he had become the witness of Brahma ji’s lie.

Almost everyone offers Belpatra on the Shivling, but for this also a special precaution has to be taken. Without water, Belpatra cannot be offered. Water is never offered to Lord Shankar and Shivling with a conch shell. Because Shiv ji had reduced Shankhchud to ashes with his trishul. Please tell that the conch shell was made from the bones of kishankhchud.

The name of the snake that is wrapped around Lord Shiva’s neck is Vasuki. He was the second king of snakes after Sheshnag. Lord Shiva was pleased and gave a boon to hug it. Moon has got the boon of living in Lord Shiva’s hair.

Nandi, who is the vehicle of Lord Shankar and also the topmost of all his Shiva-Ganas. He was actually the son of Shilad Rishi as a boon. Who later became Nandi due to harsh penance.

Why does Ganga flow from the head of Lord Shiva? When the thought of bringing down Goddess Ganga on earth came, a problem arose that due to her speed, there would be huge destruction. Then Lord Shankar was persuaded to first tie Ganga in his hair, then slowly bring her down on the earth from different directions.

Lord Shankar’s body turned blue because he had consumed Halahal poison. Actually, 14 things came out during the churning of the ocean. 13 things were divided half by the demons and the gods, but no one was ready to take the poison named Halahal! * This poison was very deadly! Even a drop of it could cause great destruction on the earth. Then Lord Shiva drank this poison. That’s why he got the name Neelkanth. Lord Shiva is considered the God of destruction!