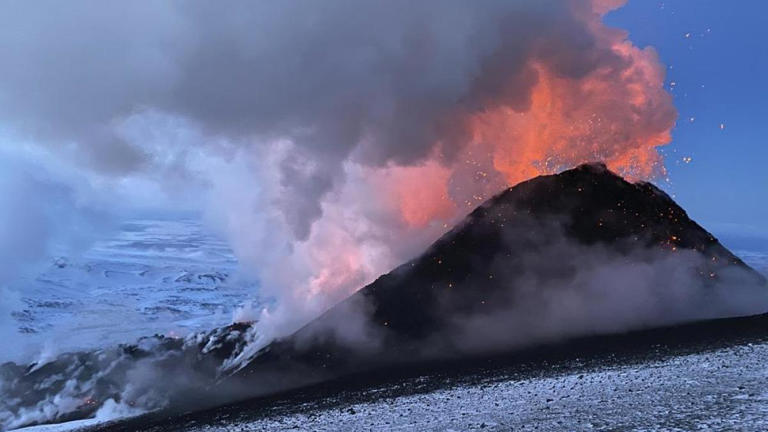 Two volcanoes on Russia’s Kamchatka Peninsula are spewing tall clouds of ash and glowing lava, and scientists say a major eruption could be imminent.

The peninsula, which extends into the Pacific Ocean some 6,600 kilometers (4,000 mi) east of Moscow, is one of the world’s most concentrated areas of geothermal activity, with some 30 active volcanoes.

The Institute of Vulcanology of the Russian Academy of Sciences said that at Klyuchevskaya Sopka, which at 4,754 meters (about 16,000 feet) is the highest active volcano in Eurasia, 10 eruptions an hour were being recorded.

The institute said that lava flows and ash emissions are also occurring from the Shivluch volcano.

Kamchatka is sparsely populated. The town of Klyuchi, with about 5,000 people, is situated between two volcanoes, 30–50 kilometers from each.

The volcanoes are about 450 kilometers from the peninsula’s only major city, Petropavlovsk-Kamchatsky.