Stubble burning shoots up pollution in NCR; Delhi may opt again for Odd-Even 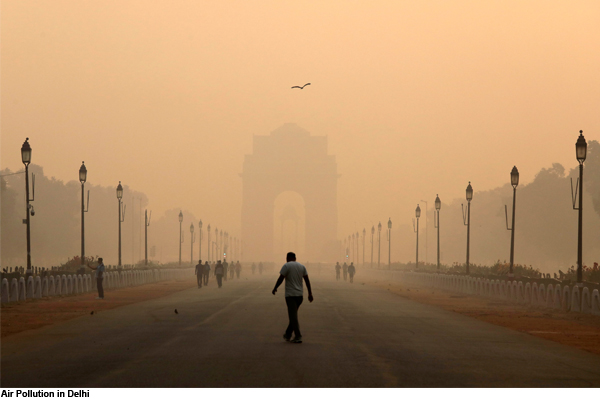 New Delhi: Light cold has started in the national capital Delhi. But, along with the cold, pollution has also increased. The air that had been completely cleared in the lockdown, has started polluting again due to increased traffic. On the other hand, stubble burning has started in Punjab and Haryana. Due to this, the PM level of air in Delhi has been 2.5, which is the highest recorded in this season. Despite the best efforts of the central and state governments, the farmers in the neighboring states have not stopped burning stubble. When asked by a farmer from Punjab, he said that the government says but does nothing. Therefore, we have no choice but to burn straw.

Due to the burning of stubble in Punjab and Haryana, the winds coming from there are also bringing a large amount of pollution along with them. Due to the low wind speed, this poisonous smoke comes to a halt over the city of Delhi. Due to this, the people of Delhi are facing a lot of problems. Especially the elderly are having trouble breathing.

The level of PM 2.5 due to stubble on Wednesday was only 1 percent in Delhi’s air, which increased to 6 percent on Thursday and reached 18 percent on Friday. In 2019, this level reached the highest at 44 percent.

Once again, odd-even can be implemented to save the capital from becoming a gas chamber. A government official said that high-level meetings are being held continuously to reduce pollution. However, there is no specific discussion on the scheme of Odd-Even. Along with making people aware, some rules need to be strictly enforced. Transport systems have also been improved for this.

There is little relief for Delhiites. Pollution will not go into extremely bad condition until 20 October. This change has occurred due to weather and winds. However, the smoke of the straw has also polluted the capital by 19 percent on Saturday. The capital’s air index was recorded at around 254 on Saturday morning. After this it increased.

According to CPCB’s Air Bulletin, the capital’s AQI 287 was recorded. Apart from this, it was recorded in Bahadurgarh 224, Ballabgarh 283, Bhiwadi 329, Faridabad 295, Ghaziabad 289, Greater Noida 330 and Noida. Some cities in NCR remained in extremely poor condition on Saturday. According to experts, the mood of pollution will remain fluctuating in the same way.