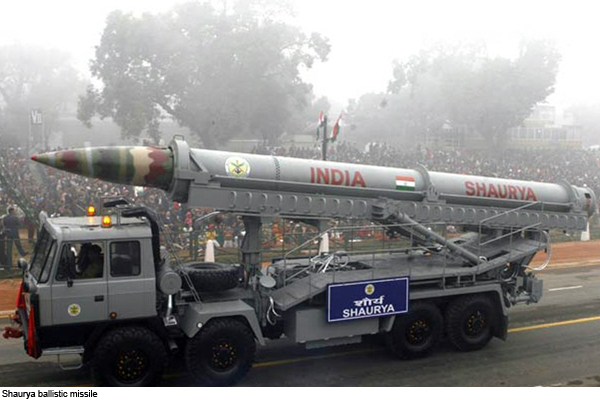 New Delhi: Achieving a major success, India today successfully test-fired a surface-to-surface ballistic missile ‘Shaurya’. This was the first specific test of an indigenously developed hypersonic nuclear capability Shaurya missile off the coast of Odisha, as reported by the New Indian Express.

The launched missile is developed by the Defense Research and Development Organization (DRDO). It was tested today with dummy explosives from a fully operational configuration based platform.

This missile is equipped with anti-ballistic missile defense systems and is capable of dodging their radars which increases its capability manifold. Its speed ensures that enemy radars will have less than 400 seconds to detect it and stop it. One of its unique capabilities is that it can set its own direction towards the target like a cruise missile, although solid fuels power it like a ballistic missile.

The testing of the Shaurya missile is very important, as it is one of the typical missiles developed by India. This is also important because if the missile is launched from the Chinese Coast by submarine, the missile can take over many major cities of China.

The 10-meter-long missile has a strike range of 800 km and can carry one ton of explosives on target. It is a two-engine system missile, which makes it 6 times faster than the speed of sound. First it goes up to a height of 40 km, then later it moves towards the given target and makes a precise hit.