Thermal Power Plants are responsible to poisoning our breath 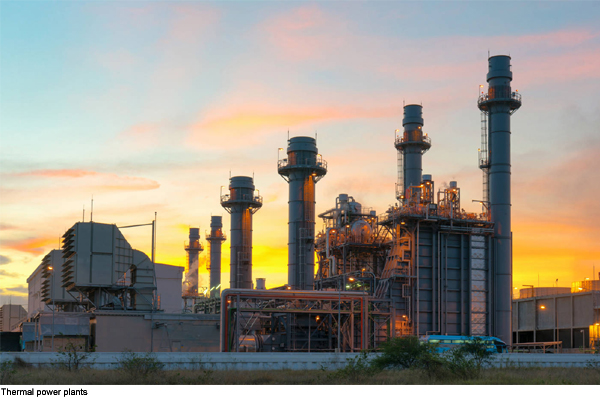 More than 25 environmental groups have come together on one platform with the intention of keeping track of poison in your breath. And with their common efforts, it is now clear that thermal power plants are responsible to a large extent to dissolve poison in our breath.

In fact, for the past few years, the time limit for setting up of emission control plants in coal power plants has been continuously delayed. These power producers demand new deadlines as soon as the deadline draws near.

The coal power companies were given a 2-year timeframe in 2015 by the Ministry of Environment, Forest and Climate Change (MoEFCC) to follow the new air pollution control norms. As of December 2017, 300 coal power plants in India should have installed scrubbers, filters and flue gas de-sulfurization (FGD) technology to control emissions (particulate matter, SO2 and NOx) on coal burning. But this did not happen.

A recent analysis by the Center for Research on Clean Energy and Air (CREA) shows that only 1% of power plants applied these criteria since 2015. The decision at the time was praised as India had committed to clearing its air, but implementation had to be done from 2017 to 2020, but it kept getting delayed and now by 2022 time has started to demand again. It is expected that thermal plants will also get this time.

Expressing his views on this, CREA analyst Sunil Dahiya says, “Looking at the past five years, it now makes sense that all norms are either being diluted under the 2015 notification due to pressure from power companies Or is it all in the process of weakening. “

And the result of all this is that the State of Global Air 2020 report states that the long-term risk of air pollution in India in 2019 alone killed 1.67 million people. Another study conducted by the Urban Emissions and Conservation Action Trust in 2014 estimated that coal-fired power plants would result in approximately 229,000 premature deaths in the next 15 years.

Stating its compulsions and troubles, in January 2016, the Power Producers Association (APP) claimed that technological upgradation to meet pollution control norms would require them to spend INR 2.4 lakh crore over the next two years. Taking objection to this data, the Council for Energy Environment and Water (CEEV) claimed that the actual cost would be around INR 90,000 crore. With the intention of keeping track of poison in your breath, more than 25 environmental groups through Airoffenders.in have made it clear who has been lax in pollution control since 2015. This website also shows how the thermal power plants are hidden behind the fog of misrepresentation, misfitness, and irresponsibility.

Shweta Narayan, Healthy Energy Initiative co-coordinator in India, says, “Coal power plants are one of the biggest contributors to India’s air pollution crisis. Several studies have shown that the emissions of these plants have a serious effect on the lungs of people living near thermal power plants. But the dream of self-reliant India cannot live on the foundation of unhealthy India. With the delay in implementation of norms every day, we are moving towards a bleak future with disease and disability. ”

From the point of view of a doctor, Dr. Arvind Kumar, Founder Trustee, Lung Care Foundation, says, “A one-day delay in emission norms is a huge burden on us.” Life expectancy of all of us is getting reduced due to this. It is time to prioritize public health. “