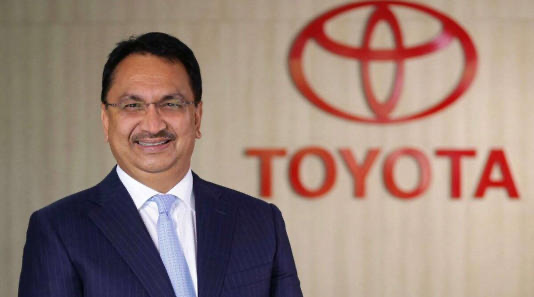 Noted industrialist and Vice Chairman of Toyota Kirloskar Motors Vikram Kirloskar passed away on Tuesday late night due to cardiac arrest. He was 64 years old.

Toyota Motors India confirmed his death. “We are extremely saddened to inform about the untimely demise of Mr. Vikram S. Kirloskar, Vice Chairman, Toyota Kirloskar Motor on 29 November 2022. In this hour of grief, we all pray that his soul rest in peace. Let’s expand.” Deepest condolences to his family and friends. The last respects may be paid at Hebbal crematorium in Bengaluru on 30th November 2022 at 1 PM,” the automaker said in a tweet.

We are extremely saddened to inform about the untimely demise of Shri Vikram S Kirloskar, Vice Chairman, Toyota Kirloskar Motor on 29 November 2022. In this hour of grief, we pray to all that his soul rests in peace.

A mechanical engineering graduate from the Massachusetts Institute of Technology (MIT), Vikram was instrumental in bringing Japanese firm Toyota Motor Corp to India in 1997. Toyota-Kirloskar has a manufacturing plant at Bidadi in Ramanagara district near Bengaluru, which is believed to be one of the largest automotive plants in the country.

Karnataka Chief Minister Basavaraj Bommai described Vikram as one of the stalwarts of the country’s automotive industry. “Heartfelt condolences on the sad and untimely demise of Shri Vikram Kirloskar, Vice Chairman, Toyota Kirloskar Motor, one of the stalwarts of India’s automotive industry. May his soul rest in peace. May God give his family and friends the strength to bear this loss.” Do it.” At peace,” tweeted the chief minister.

In his condolence message, Union Minister of State for Entrepreneurship, Skill Development, Electronics and Technology Rajeev Chandrasekhar recalled his recent conversation with Vikram. “I met him recently at the Global Investors Meet as usual – I joked with him that GoK has given him the achievement of a lifetime for being a constant partner to the government and Karnataka for decades. His family, and friends Deepest condolences to the colleagues. Om Shanti”

Kiron Mazumdar Shaw, executive chairperson of Biocon Ltd, said she was devastated by Vikram Kirloskar’s death. She tweeted, “He was such a dear friend who I will miss dearly. I share the pain and unbearable sorrow of Gitanjali Mansi and the family. Rest in peace. Om Shanti.”