Home
World
US Election 2020: America refusal to have a foreign hand in the mess of votes

US Election 2020: America refusal to have a foreign hand in the mess of votes 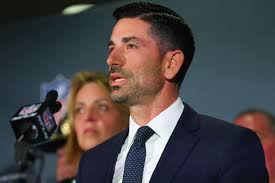 New Delhi: Chad Wolf, acting secretary of the US Homeland Security, has said that there is no evidence that the ‘foreign interference’ in the 2020 presidential election has led to a disturbance in votes.

The news agency quoted Wolf as saying, “Our electoral infrastructure faces the threat of many foreign interventions. We know that many of our foreign advisors, including China, Iran and Russia, seek to manipulate our democratic process to their advantage.” . But I want to clarify that our electoral structure is such that it will not be affected by any foreign interference in this election. We have not found any indication of manipulating or influencing the real votes. “

The remarks come amidst US President Donald Trump and his Democratic rival former Vice President Joe Biden when people are voting to elect the president. In addition to the presidency, all 435 seats in the US House of Representatives and 35 of the 100 seats in the Senate were also voted in this election.