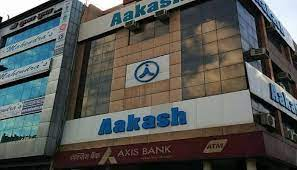 Reports say that Chowdhary paid Rs 3.06 crore in stamp duty alone for the Greater Kailash property. Reports say that the DLF property in Gurugram is yet to be registered, but the fit-out work has been started.

Earlier in August this year, the founder co-promoter and managing director of Aakash Institute bought a 1,300 sq m bungalow in Delhi’s Kautilya Marg area for Rs 137 crore after buying a 5-acre farmhouse in Delhi for Rs 137 crore. Earlier, he had bought a 2000 square yard property in South Delhi’s Vasant Vihar for over Rs 100 crore.

The big-ticket real estate investment by the Choudhary family follows a $950 million deal in which Aakash Institute was acquired by edtech platform Byju’s. The $950 million deal with Byju’s was announced in April 2021. The Byju Raveendran-led company had said in an earlier statement that Aakash has grown over 100% since the acquisition.

Established in the year 1988 as a single center with only 12 students, Aakash was conceptualized by J.C. Made by Chowdhary. Educational Services Company is one of the earliest players in India’s organized test preparation services industry. According to the company website, the company has more than 200 learning centers, and has a student body of over 250,000.