Anshuman Gaikwad appointed as the new President of ICA 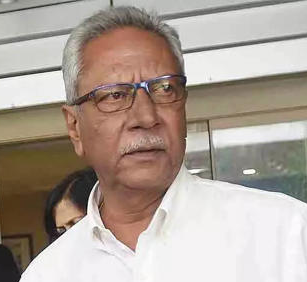 According to the draft list of nominees for the ICA elections, which will take place from October 27-29 and conducted by BCCI’s election officer AK Joti, Gaikwad, who was the ICA’s male representative in the BCCI Apex Council in the previous tenure. , is the only candidate for the post of President. Gaikwad just turned 70 and was ineligible to take up any position on the board, though he is eligible for the top ICA post, which has no age limit.

Former Mumbai and Hyderabad batsman Vijay Mohanraj will be the ICA’s player representative in the IPL Governing Council. Hitesh Majmudar will take on Surendra Nayak for the post of ICA secretary, while Rakesh Parikh will contest along with V Krishnaswamy for the treasurer’s post.

Rangaswamy, former captain of the Indian women’s team, former Test players Yajurwinder Singh and Jyothi Thatte will fight for the two member representatives of the ICA.