Home
Nation
APNI party is likely to dominate DDC in Kashmir, while the J&K division will have councils headed by BJP

APNI party is likely to dominate DDC in Kashmir, while the J&K division will have councils headed by BJP 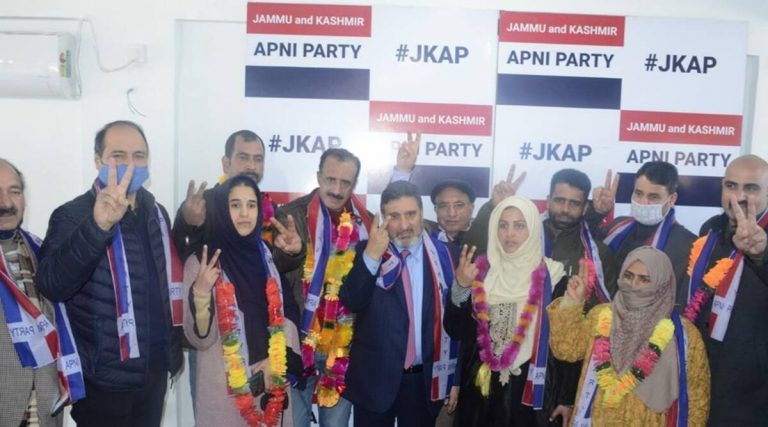 Srinagar: Altaf Bukhari’s Apani Party is overtaking the political venue of the National Conference and the Guptar coalition component of already major mainstream regional parties like the PDP’s Srinagar and Shopian DDC.

AP chairman Altaf Bukhari, who is seen as the center man in the Kashmir Valley, told TOI that the DDC’s major political parties in Srinagar and Shopian have no connection with traditional politics, they are all young.

Although the CPI (M) is interesting, it is headed by the Gupper Alliance, courtesy of the ultra-militant Kulgam. However, the DDC is expected to be led by a majority of BJP members in the Jamua Division of the Union Territory on a basis.

The Srinagar DDC has seven independents, one member from NC while three JKAP members, one from BJP, one from PDP and one from JKPM. Whereas, the independent candidate joined Altaf’s JKAP party and was elected as the head of the Srinagar DDC on Saturday. BJP Councilor.

AP also won the positions of president and vice president at Shopian DDC. AP’s Bilkis Akhtar garnered eight votes, while his rival candidate from the Gupkar Alliance garnered six votes. The post of vice president was decided through a lot of draws because there was a tie. The post of vice president was also won by JKAP. Bilas Akhtar of Watch, who won the DDC election from Jhanpora-1 block, will be the first president of Shopian, while Irfan Manhas will be the vice-president. Both PAGD and AP had the support of seven DDC members, though one of the PAGD members voted in favor of the Apache party. Four of the 14 seats in Shopian were won by the National Conference (NC) and Independent candidates, while PDP, JKAP and Congress won three, two and one seats respectively.

However, later, three out of four independents and one candidate each from NC and Congress joined his party, while one independent candidate joined NC.

The presidential and vice-presidential elections in Shopian district of South Kashmir have placed more stakes for the Guptkar alliance, with six parties meeting after the exit of vigilante Lone from the People’s Conference a few weeks ago.

The CPI (M) candidate in Kulgam DDC was unanimously elected as the President of the first District Development Council (DDC) of Kulgam district, while the National Conference (NC) was expected as the Vice-Chairman of the DDC and the President of the Municipal Council. was . Seats were received accordingly. CPI (M) candidate Mohammad Afzal, who is also the district secretary CPI (M) and won the DDC elections on the Pombe seat, was unanimously elected the first DDC chairman of Kulgam. He had the support of all 13 candidates. NC candidate Shazia Poswal, who won the DDC election from Manjhagam seat, was also unanimously elected vice-president. Five seats in Kulgam were won by NC and CPI (M) and two each by Congress and PDP.

As expected, the BJP presided over two District Development Councils (DDCs) in Jammu and Kathua, for which elections were held in the first four phases. BJP DDC member from Bhalwal and former MLA from Raipur Domna Bharat Duhan was elected unopposed as the chairman of the first DDC in Jammu district, which has been reserved for the Scheduled Castes by the State Election Commission. Suraj Singh, a DDC member of Khor, was elected unopposed as the vice-chairman of Jammu DDC.

Former Chief Minister of the erstwhile state of Jammu and Kashmir Omar Abdullah took a dig at the Apni Party, and said that he is not surprised by DDC results

Shopian DDC election, even Srinagar for that matter, aren’t really a surprise. These people have been buying & selling elected representatives since 1984. Practice makes perfect!