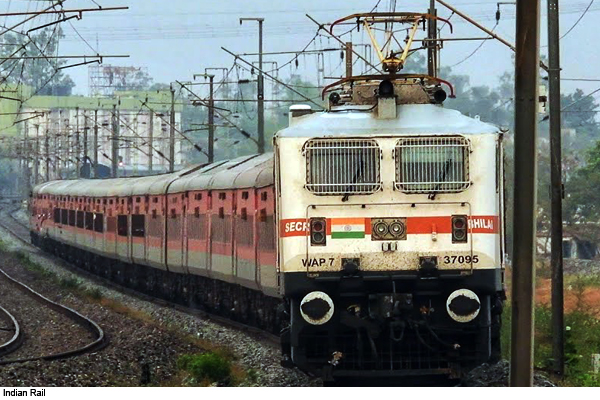 New Delhi: Before the start of Navratri, the Indian Railways on Wednesday approved the operation of 39 pairs (78) special trains, which will be run in the facility in different regions. These trains will mostly have AC Special, Rajdhani, Shatabdi and Duronto classes. On the first day of Navratri, the flagship train of the private sector, Tejas, will start. The first Tejas train will run between Delhi to Lucknow and the second from Ahmedabad to Mumbai.

Special rescue arrangements have been made for those traveling in the Tejas train with corona virus. Passengers will not be allowed to travel without the Arogya Setu App. The Railway Ministry said in a statement that these trains will be run as special trains. However, it has not been told when these trains will run. Railways say that these will be launched at the earliest convenient date.

In view of the increasing demand for passengers at festivals, the Railway Board has allowed an additional 78 special trains to run. These trains will be selected for the same routes on which there will be more congestion. The date of commencement of trains will be announced at the zone level. But Tejas operations will begin on October 17 with the commencement of Navratri.

Due to various restrictions in Uttarakhand and Maharashtra due to kerona virus, the number of trains for these states was very limited. In the consignment of these special trains, permission has been given to operate trains between Haridwar and Dehradun to Mumbai. Recently, Railway Board Chairman VK Yadav said that in view of the corona epidemic, the number of trains can be increased only with the consent of the states. But now the number of trains can increase after fully unlocked. The train for Mata Vaishno Devi will also start soon.